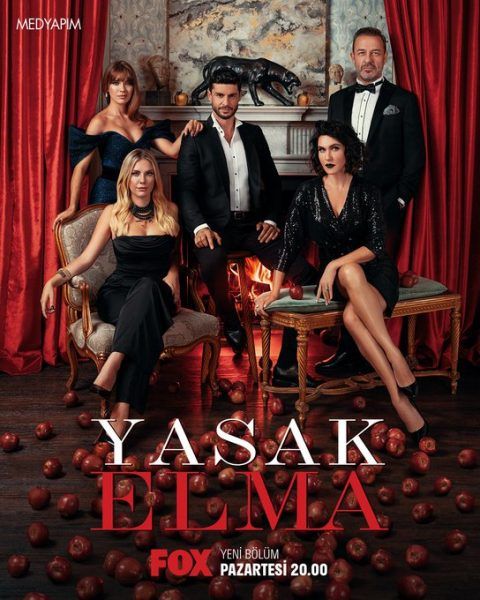 Sad news for “Forbidden Fruit / Yasak Elma” fans. After five seasons of the show, Şevval Sam, who plays the role of Ender, leaves the series. What happened?

On June 13, the Fox TV series “Forbidden Fruit / Yasak Elma” will make its season finale and continue to air in the fall. For five years, the TV show of producer Fatih Aksoy has remained one of the most popular female series on Turkish air. It is also successfully sold abroad. Not surprisingly, the channel decided to renew the show for another season.

During this time, several leading actors left the project, but it did not affect its popularity. And now, new losses at the end of the season. According to well-known journalist Birsen Altuntas, after 5 years of work, Şevval Sam, who plays the role of Ender, decided to leave the cast of the series and focus on her musical career, unless there was another script that would steal her heart.

Berk Oktay, who plays Cagatay, will also leave the Forbidden Fruit at the end of the season. Eda Ece and Biran Damla Yilmaz will continue their work in the sixth season. The departure of Şevval Sam is a heavy blow to the project, because many viewers watched the series only because of her incredibly charismatic character. Whether the writers will be able to cope with such a loss and keep the interest of the audience, we will find out in the fall.