Disney Plus gala opening in Turkey 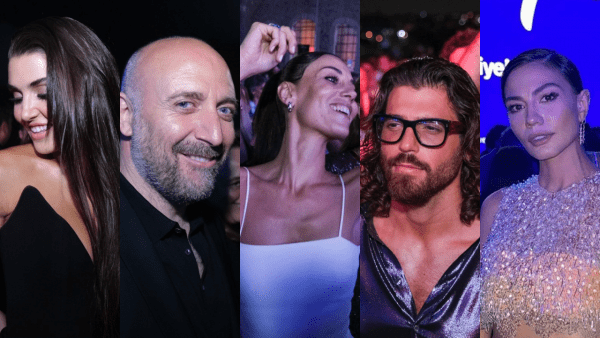 Disney Plus is the third international digital platform after Netflix and Amazon Prime to open in Turkey. The gala evening on the occasion of the opening was solemn, but not without scandals.

On June 14, the digital platform of the world’s largest media company Walt Disney launched in Turkey. Recall that 15 Turkish stars signed a contract for cooperation with Disney Plus, while the company spent more than $15 million. Many actors do not yet have projects, only agreements of intent have been signed.

In the evening of the same day, a gala concert was held with the participation of one of the biggest stars in Turkey – the famous singer Tarkan, who became the official face of the platform. Of course, the press and fans are happy to discuss the outfits of the stars at the ceremony, although they do not always approve of the fashions of Turkish stylists. Traditionally, actresses are particularly targeted, while actors are treated more leniently.

Hande Erçel appeared at the party in a little black dress with gloves, which favorably emphasized her beautiful figure. So far, the actress does not have a specific project.

Demet Ozdemir chose a sparkly top and a long orange skirt with a slit that showed off her slender legs. Demet has already started filming a new Disney Plus series, Between the World and Me, which is expected to premiere this summer.

Alina Boz chose a cocktail dress for the party, reminiscent of the fact that Disney creates series and films for very young girls.

Pinar Deniz appeared in a bold black slip dress, emphasizing her figure. Filming of the series “Huntress”, in which the actress plays along with Uraz Kaygılaroğlu, has already begun.

Eda Ece chose an orange long dress. The actress told reporters that since Fox is owned by Disney, she will continue filming “Forbidden Fruit” while filming a digital project for the platform.

Dilan Çiçek Deniz showed off her slender figure in a black dress.

Asli Enver chose a pale orange outfit. The actress will star in the Ay Yapim series for the Disney Plus platform called “Quest”.

The stylists especially noted the modest but spectacular white outfit of Cansu Dere. The actress noted in her interview that she tried to be worthy of the event. She is happy that alternatives for viewers are increasing, and she can work in completely new projects.

One of the main stars of the evening was Engin Akyürek, whose series “Escape” opened Disney Plus broadcasts in Turkey. For the star, this is doubly exciting, because he acted in it not only as the leading actor, but also as the author of the idea and co-producer.

Burak Deniz appeared at the party with his beloved Didem Soydan, with whom he had recently reconciled. Recall that the actor has already starred in the Disney Plus series “The Ignorant Fairies”, which was made by the famous director Ferzan Ozpetek in Italy.

Halit Ergenç appeared at the party without his wife Berguzar Korel, who stayed at home with the children. Filming of the Disney Plus series “Nomen” will begin soon. Songul Oden became the co-star of the famous actor in the show.

The most unexpected event was the absence of one of the biggest stars of the Disney Plus platform, Aras Bulut İynemli, at the gala opening. No explanation has been given. Nevertheless, the series “Atatürk” starring Aras, is perhaps the most ambitious project of digital platform in Turkey. It is curious that three years ago, the actor attended the gala premiere of the Netflix series “The Protector”, in which he did not star. But at the same time, he did not come to the opening of the platform, of which he is officially the face. This caused a lot of questions from the press, which remained unanswered.

Can Yaman became the main hero of the evening. The actor was at the center of the scandal, as soon as he set foot on Turkish soil. Can walked past the Turkish press without giving interviews or taking photos. In response, the journalists laughed “He is an Italian star, he does not need the Turkish press”, giving him a loud whistle. Then inside, the actor gave an interview to a familiar reporter. This was followed by an explanation that it was the Turkish journalists who did not want to interview Can because of his previous scandals with the press. Fans of the actor accuse journalists of being unethical, but other social media users claim that Can, as the face of Disney, should have stopped and let the photographers take a photo, as it was clear that they were preparing to shoot. It seems that both sides of the conflict were seized with resentment, which they could not cope with.

Now the most interesting part will begin: the digital platforms will begin the battle for viewers, pulling the audience of television channels. What ratings will be for television series next season, and which of the platforms will eventually emerge victorious in this battle, we will find out in the coming years.