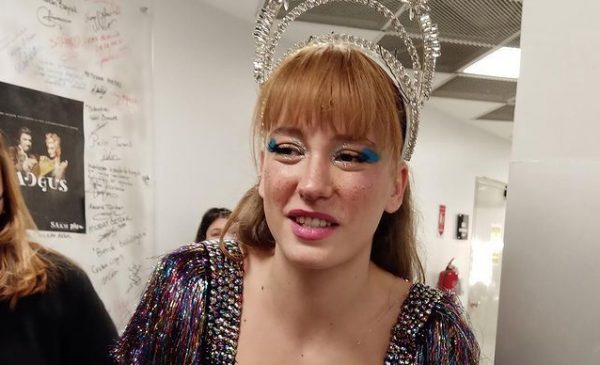 Serenay Sarıkaya, who starred in the Netflix series Şahmeran, does not intend to return to television, preferring to continue her career on digital platforms. Her next show may also be on Netflix.

BKM is preparing a new series for the digital platform Netflix, dedicated to the first female director in Turkey, Cahide Sonku. It is reported that it will be an adaptation of Eyuphan Erkul’s book “Cahide: Angels Can’t Live on Earth / Cahide: Melekler Yeryüzünde Yaşayamaz”. The producer is Nermin Eroglu. The director is Ozcan Alper, for whom this will be his first experience in TV series.

According to the Turkish press, Serenay Sarıkaya hopes to get a role in this promising project. According to journalists, Serenay was seriously upset when she learned that the film Bergen, in which she was supposed to star, received great love from the audience and became one of the most popular films in the history of Turkish cinema. Now she hopes to play the lead role in a series that is being prepared by BKM. Given that the same company is making the musical “Alice in Wonderland”, perhaps the actress will get the coveted role.

So, Serenay is counting on working in a digital project again, clearly afraid of returning to television screens. Recall that her only successful solo television series “Tide / Medcezir” ended 7 years ago and the audience has already managed to forget that she is an actress, seeing Serenay only in commercials and tabloids. It remains to be hoped that she will still get the role, and the Netflix series will be successful, which will allow her to re-assert herself as an actress.