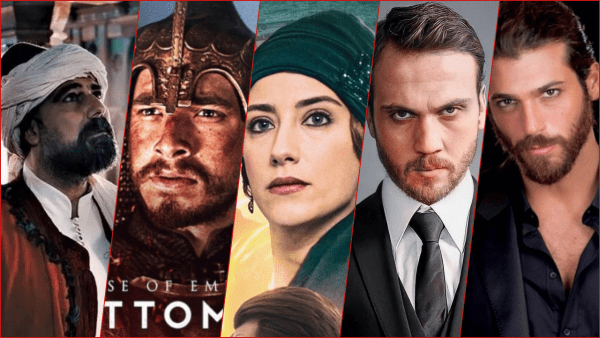 Turkish historical dramas enjoy well-deserved attention from viewers around the world, and digital platforms don’t want to miss out on their piece of the pie. They offer historical shows that can satisfy capricious subscribers.

The audience is looking forward to the series “Mevlana” directed by Can Ulkay, which will be presented on the new digital platform TRT Dijital. Also, the platform will present a new series “Special Department: Tripoli” starring Ali Ersan Duru, which will be devoted to the creation of Turkish intelligence service. The 10-episode TRT Dijital series “Ibn Sina” will tell about the outstanding scholar and Muslim theologian Ibn Sina.

The digital platform Disney Plus is preparing the series “Ataturk” starring Aras Bulut İynemli for the centenary of the creation of the Republic of Turkey. Ay Yapim has begun production of Disney Plus series “The Turk” starring Can Yaman, dedicated to the events in a small Italian town during the Turkish siege of Vienna.

The digital platform Netflix this year will present its viewers with the 2nd season of the popular series “Rise of Empires: Ottoman” devoted to the Sultan Mehmet Fatih starring Cem Yiğit Uzümoglu and Tuba Büyüküstün. ES Film is preparing to work on the Netflix series “Othello Kamil”, which will tell about the first Turkish theater actor. The producers want to get Çağatay Ulusoy, with whom they successfully worked in the series Yeşilçam, for the lead role. O3 Medya has started filming the second season of the series “The Club” starring Gökçe Bahadir and Barış Arduç. Filming of the second season of the series “Midnight at the Pera Palace” starring Hazal Kaya and Selahattin Paşalı will begin soon.

Note that digital platforms are reluctant to share information about new projects that are in the works, so it is possible that right now they are preparing some more interesting historical shows. However, we will learn about them a little later.