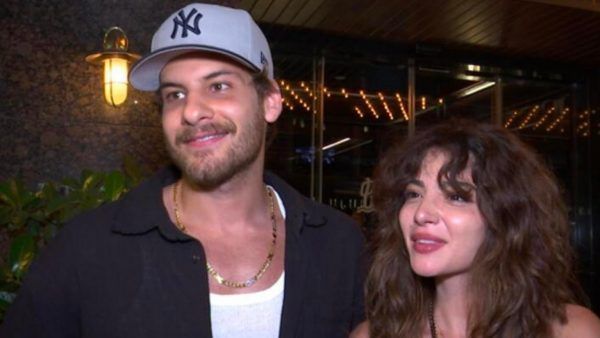 Mustafa Mert Koç and Melisa Aslı Pamuk gave a short interview to the Turkish press. Mustafa, who has just released his first song, said that the reaction to the single is very good, and he is already preparing new songs. Melissa really liked the second single, and maybe she will star in the video. When asked by journalists whether it is true that he wrote a song specifically for his beloved, Mustafa answered in the affirmative. Yes, there is such a song, and it will be released in September. This is a very beautiful, slow melody. Melisa, in turn, said that she does not yet have a series for the new season, but she is filming a new film.