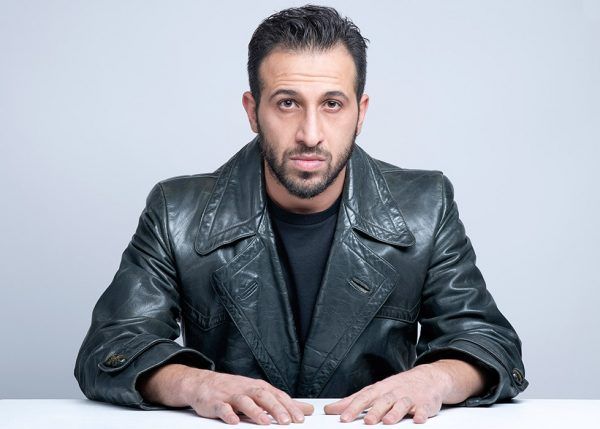 Ersin Arıcı, who plays Abidin in the TV series “Golden Boy”, has become a real discovery for many fans of Turkish cinema. Despite the fact that while he plays the roles of friends of the main characters, he has already shown the high quality of his acting. What do we know about the actor?

Fact 1. Ersin did not intend to become an actor after graduating from Istanbul University of Commerce. Unexpectedly, he became interested in theater and entered the Art Academy of Osman Yagmurdereli, which he also successfully completed. The young actor also studied with the legendary director Hilal Saral.

Fact 2. The theater was and remains Ersin’s true love. He continues to work on the theater stage, despite the workload in films and TV shows. This year, viewers can see the actor in the play “When there is no one in the city” with Elçin Sangu.

Fact 4. 2021 has become a fateful year for Ersin Arıcı. He met Çağatay Ulusoy, who invited him to star in the short film “Birdie”, where he was the director and producer. The actors quickly became friends and Çağatay introduced Ersin to the producer of OGM Pictures, Onur Guvenatam.

Fact 5. It was the work with OGM Pictures that opened up great opportunities for Ersin. He first appeared in the Netflix film “Paper Lives”, where he was a co-star of Çağatay Ulusoy. This was followed by work in the TV series “Yakamoz S245” with Kıvanç Tatlıtuğ. The next work of the actor was the role of Abidin in the series of the same company “Golden boy”, which is the biggest hit on the Turkish screen right now.

Ersin Arıcı was finally noticed, interesting proposals for further work followed. According to the Turkish press, the owner of the TV8 channel Acun Ilicali made him an offer to take part in the filming of the new season of the popular TV show Survivor. However, for this, he would have to leave the cast of the series “Golden Boy”. We will find out what decision the actor will make in the very near future.