La Casa de Papel will be shot in Turkey 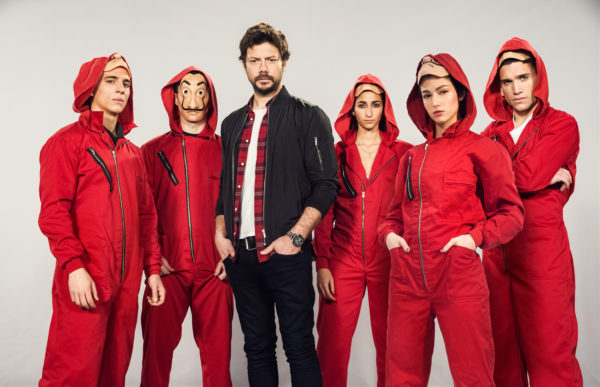 Unexpected, but very pleasant news for the Turkish fans of the Spanish series La Casa De Papel / Money Heist. As it turned out, the shooting of the new season, which is being filmed by Netflix, will be held in Istanbul. To give the right mood, the creators of the project invited the famous Turkish DJ Burak Yeter, who writes a new original score for the series. Recall that one of the roles in La Casa De Papel to play the star of the series Our Story Nesrin Cavadzade.

Well, for Çağatay Ulusoy, there will be an occasion to show traditional Turkish hospitality and to receive new acquaintances, whom he met in Rome, at his villa in Karaköy area. We remind you that after the presentation of the series La Casa De Papel and The Protector, which arranged the Netflix Internet platform in Rome, the actor made friends with Alvaro Morte, who plays the role of The Professor in the series Money Heist.