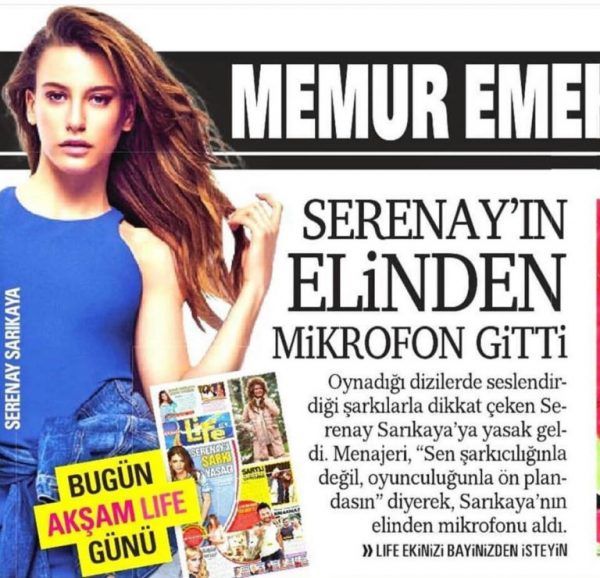 Turkish media dug up the old news that Serenay Sarıkaya will no longer perform songs in programs, events, and TV shows. According to her manager Ayse Barim, it hurts her acting career. Recently, Serenay has received too many offers to play roles in which it is necessary to “work with voice”. However, Mrs. Ayse believes that, first of all, her client is an actress and treats her as a singer is not the right thing. Recall that Serenay has already performed songs in the series Medcezir and in the film “Instead of the two of us,” and is now preparing to play in a movie about the famous singer Bergen. Actually, this news is far from the first freshness: a year ago, the press published the decision of Serenay to limit his acting career and not use her voice for it.