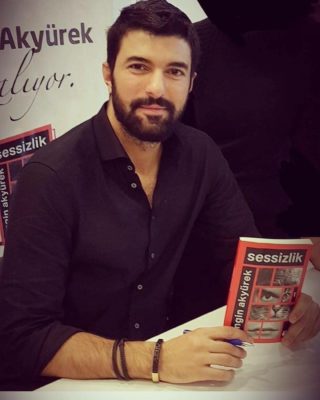 The most famous tabloid of Turkey Posta newspaper gave out another “fake news” that Engin Akyürek go is allegedly going on a world tour to promote his book. And his first stop is Puerto Rico, where fans are waiting for him, have gone crazy about his arrival. Forced to upset enthusiasts – the book has not yet been translated into Spanish and it is not known when it will be translated. Actor fans will indeed be very happy to see him in Puerto Rico, but for the time being, they are just holding regular meetings, the next one will take place on January 12th. Alas, Engin will not be on it.