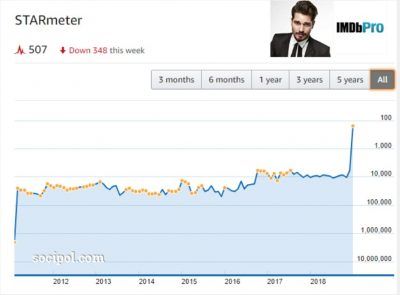 As the rating of Çağatay Ulusoy in the IMDB database increased over the years. As you can see, Çağatay has received considerable attention from the first series and he was in the range of 10-15 thousand (we recall that there are 11 million actors in the database) until the series Içerde / Insider. Then his rating increased, but remained within 10 thousand. The sharp rise in interest in the actor associated with the release of the series The Protector. Whether he will be among the world’s most popular actors, according to IMDB, time will tell.

READ  Foreign star in the series The Protector?