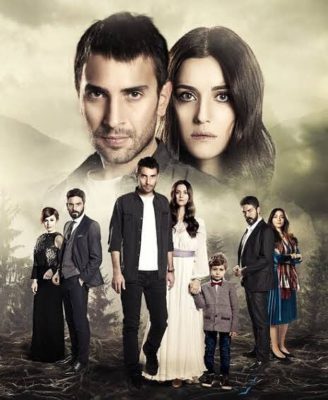 On the shooting of the series Sen Anlat Karadeniz, a serious crisis flares up that may affect the entire future of the project. As it is known, the relationship between the main producer Osman Sinav and the leading lady İrem Helvacıoğlu is far from warm. The actress is extremely offended by the producer since last year, when he did not let her on the premiere of her first film, explaining that it was impossible to release the employee even for a couple of hours during the shooting.

A new round of conflict occurred during the filming of the New Year’s Eve “Voice of Turkey” in which Irem took part. However, then her performance was cut from the program. Osman Sinav officially declared that the star manager had turned to him with a request to allow this performance, but he sent him to the management of the ATV television channel since it’s the producers of the channel who have a contract with the actors and forbid them to participate in the programs of other channels. However, İrem still recorded the song, after which the management of the ATV and Osman Sinaw reprimanded her and also sent an official notification to the TV8 channel demanding to withdraw the performance from the air. Osman is especially offended that İrem addressed her subscribers and explained the situation, speaking about him in the third person.

Journalist Ali Eyüboğlu, who revealed the conflict to the public, having interviewed Mr. Sinav, believes that Nefes’s life in the series may end tragically since it is this fate that awaits actors who have gone to open conflict with producers. İrem Helvacıoğlu can leave the project if he cannot make up with the producer. In turn, renowned journalist Ranini believes that İrem will make concessions and nothing bad will happen to Nefes’s character since the actress’s career is at the very beginning and despite the series’s immense popularity, she has not yet become a superstar who can dictate her own terms to the producers.