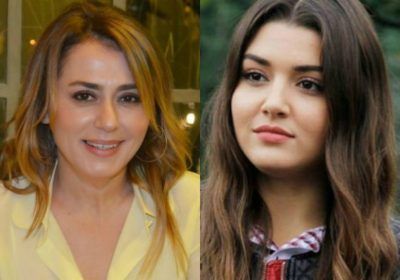 Nazan Kesal, known to the audience on the TV series Mrs. Fazilet and her daughters, did not like the cyber-bullying of Hande Erçel, which was staged on social networks. Some Instagram users even stated that they were very surprised at her decision to take part in the “Halka” series, in which such mediocrity as Hande was the leading heroine. They are sure that because of her acting, the series will be finished in a couple of episodes. Nazan reacted to this comment rather annoyed, noting that if someone does not like Hande, he can not watch their series and advised that they treat other people with respect.