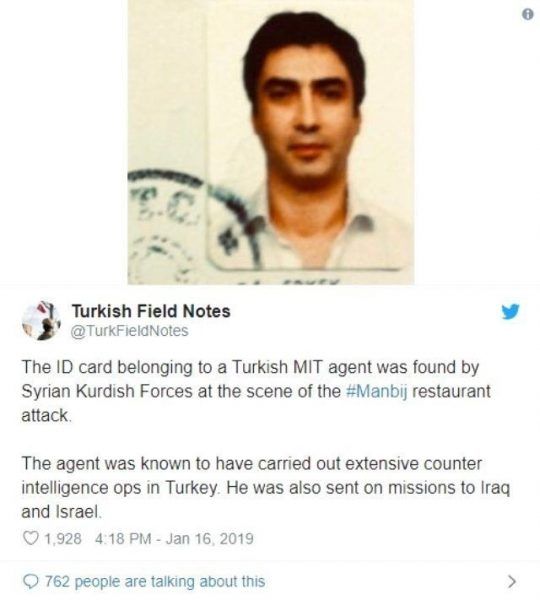 The official Iranian news agency Press TV accused the National Intelligence Organization of Turkey (Milli İstihbarat Teşkilatı) of a terrorist attack and cited as evidence of his words a MIT officer’s document found at the scene of the attack. Turkish social networks immediately exploded with ridicule of inept journalists who concocted such an amusing fake with a photo of one of the most famous Turkish actors Necati Şaşmaz.