Warner Bros. started preparing a new movie based on the comics about the Hawkman (a character from DC Comics Universe). It is already known that the Muslim actor will be chosen on the leading role.

His partner in the film will be Dwayne Johnson, and the actors will have to fight each other, so the leading actor must be comparable in size to an American actor (and professional wrestler).

The tabloid Takvim claims that 8 actors, including the Turkish one, are on the short list of the producers, but do not name them. Journalists have suggested that this may be Kıvanç Tatlıtuğ, Çağatay Ulusoy, and Can Yaman, who has a suitable physical form. 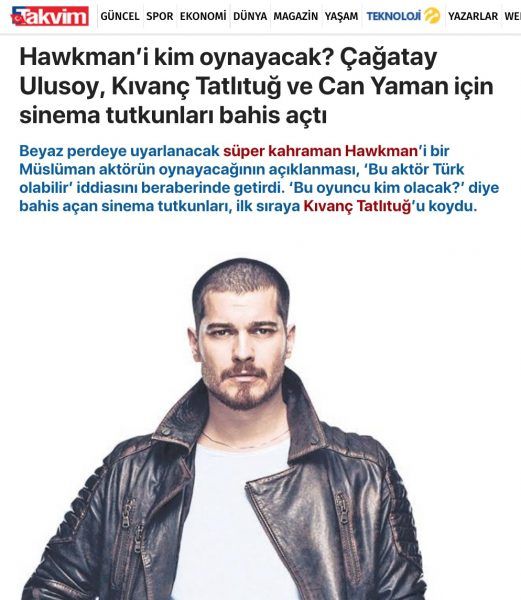 According to journalists, Kıvanç Tatlıtuğ is suitable because of its European appearance – he does not look like a Turk at all. Çağatay Ulusoy is the most famous Turkish actor outside the country at the moment, that makes him a real candidate for this role. And Can Yaman has the maximum physical form.

Recall that the publication is quite scandalous, believe it or not, we leave it to your discretion.