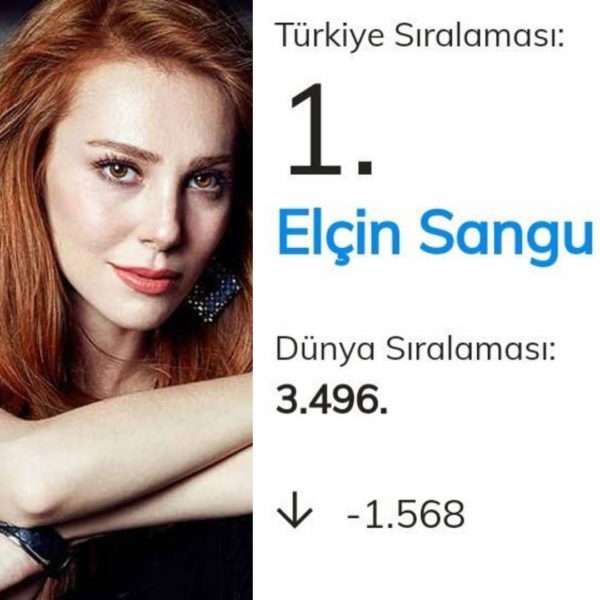 This week, the list of Turkish actors in the IMDB rating was headed by Elçin Sangu. However, compared with last week, interest in the actress decreased by 1,568 positions.