Çağatay Ulusoy will become a member of the Galatasaray club 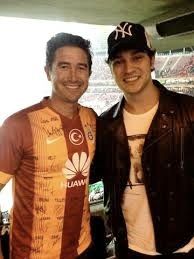 As you know, Çağatay Ulusoy, like his manager Engin Aykanat, are passionate fans of the Galatasaray club. However, Çağatay decided to go further, becoming an official member of the club. By the end of the month, his dossier will be reviewed by the club’s management. This hardly means that the actor decided to change his profession and take up a football career. Most likely, he will enter the club’s management following the example of his colleague and friend Engin Oztürk, who is a member of the board of directors of the Eskişehirspor football club.