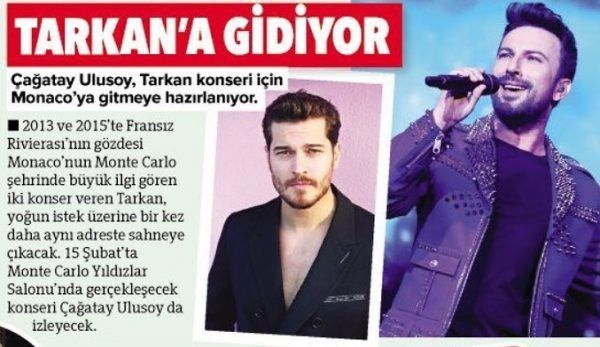 According to the Turkish press, on February 15, Turkish pop superstar Tarkan will give a big concert in Monte Carlo, which will also be attended by Çağatay Ulusoy.

It is not clear why this information became available to the press, because usually the private life of Çağatay does not become the matter of public record. Unless, of course, something more professional is planned.

Most likely this is the usual “fake news” of the Turkish press, which is hungry for news about the star. Çağatay Ulusoy is currently resting in the company of friends and his sweetheart, fishing, and does not please the paparazzi with the scandals on which they earn bread. So they invent the news themselves.

READ  All Turkish stars at a charity event