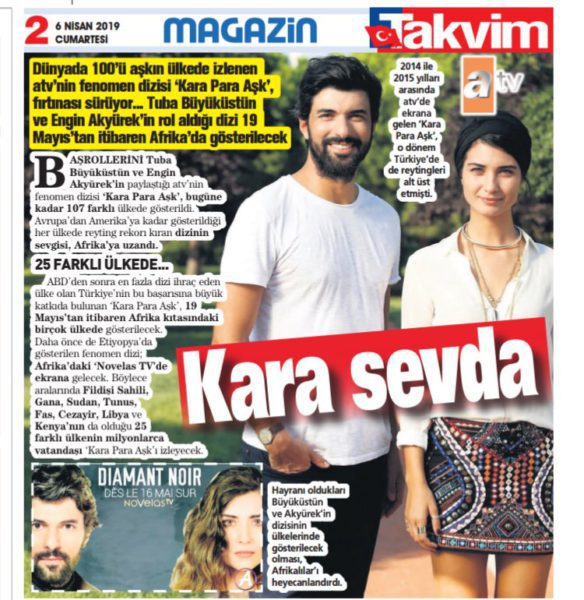 The Turkish tabloid Takvim reports a great success: since May 19, the series Kara Para Aşk / Black Money Love will be broadcast in Africa on Novelas TV. Journalists claim that millions of viewers in 25 countries of the African continent will be able to see the series.  They also report that the project of Engin Akyürek and Tuba Büyüküstün was broadcasted in 2014-2015 in Turkey and “overthrew the ratings” of the country. However, upon closer examination, everything turns out to be not quite the same as the journalists say. As we can see, the average rating of the show is 3.81% with 3 million viewers just looks like a catastrophe (it is a little higher than the rating of the daily series The Oath / Yemin). So the statement that the series “was on top of the ratings in Turkey” is false.

As for the channel Novelas TV: it is included in the package of the paid operator Canal +, which broadcasts 640 different TV channels. Novelas TV is a very young channel, that began its broadcasting just 4 years ago with a presentation of Latin American and Brazilian TV shows. Since 2017 it broadcasts in France. The audience of a paid operator is rapidly decreasing due to fierce competition from free television channels, as well as alternatives in the form of Internet operators, that provide their customers with not only the Internet but also telephony and television. 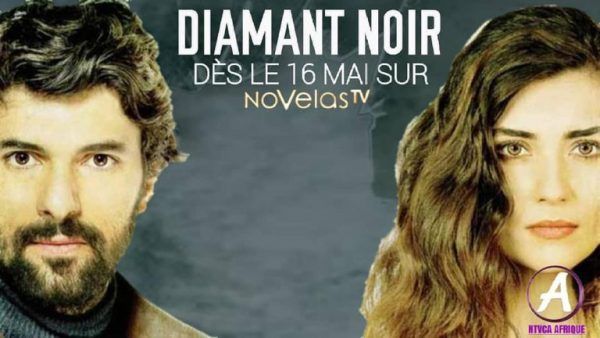 Alas, millions of viewers in Africa are rapidly declining to a few thousand paid platform subscribers, who choose Novelas TV from 640 other TV channels. Note that earlier on this channel Engin Akyürek’s TV series Fatmagül’ün Suçu Ne? and Olene Kadar were shown. Also, Novelas TV broadcasted the series TV  Kuzey Güney and Şeref Meselesi but Takvim’s journalists seems did not notice this fact either.