Mesut Özil has dinner with the President of Turkey 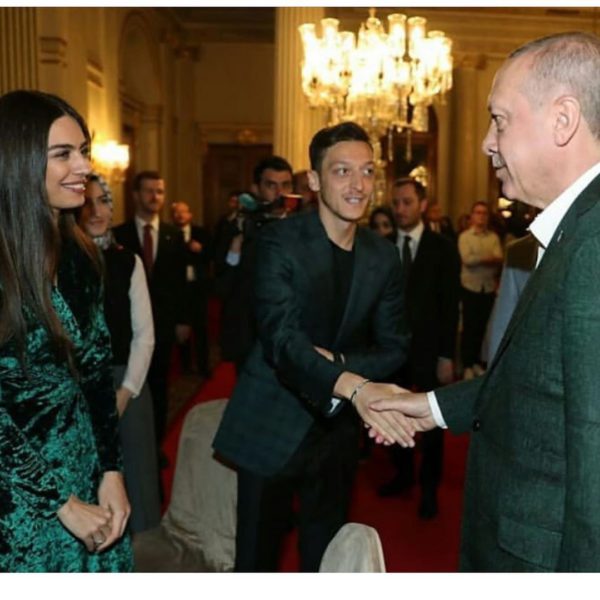 The star of football club Arsenal in London, Mesut Özil, has never concealed his sympathy for the current Turkish authorities, and in particular for Turkish President Recep Tayyip Erdoğan. In turn, the president is very warm to the footballer. On Saturday evening, Mesut Özil and his bride Amine Gülşe were invited to the festive Iftar at the President’s residence, which was also attended by other famous representatives of Turkish culture.

The president also agreed to act as a witness at the wedding of Mesut and Amine, which will be held on June 7. By the way, after the marriage, the newlyweds are going to go to the Maldives, where they will rent a villa on the coast of the Indian Ocean at the cost of 38 thousand Turkish lira per day.