Hazal Kaya made a statement about pregnancy 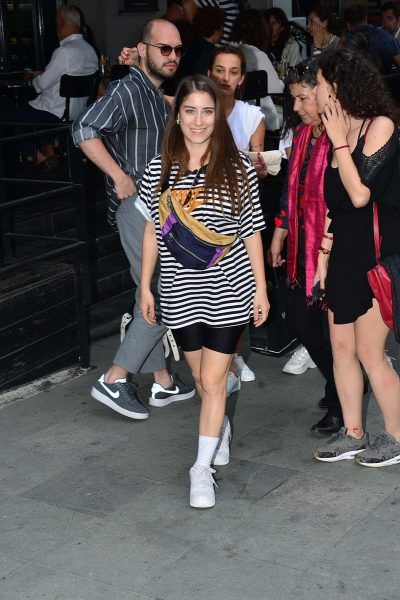 Hazal Kaya was spotted with friends in the Nişantaşı district. Of course, the paparazzi was primarily interested in whether she was pregnant. To the journalist’s comment that the pregnancy make her beautiful, the actress replied shortly, “You yourself made it up.” Journalists also asked Hazal if she was going abroad. The actress left this question unanswered, saying only that she was going to rest after the final of the series “Our Story / Bizim Hikaye”.

Recall that in early February, Hazal married her sweetheart Ali Atay, and immediately after this, the Turkish press began to write that the actress was pregnant. However, Hazal denied the information, while admitting that she really wanted to become a mother. Just a week after the denial, journalists began to write again that Hazal was finally pregnant and would give birth in the United States.

Also, well-known journalist Birsen Altuntas said that it was for this reason that Our Story / Bizim Hikaye series makes an early final, which greatly hurt Hazal, who spoke rather toughly. The actress said that from now on she would be attentive to her words in the press and would try to avoid such situations. Of course, the series does not make the final because of it, the story came to the final, two seasons were planned. By the way, her partner Burak Deniz has already signed a contract for a new project.

Further professional plans of the actress are still unknown, but one thing is clear: you can receive all the information that you may trust, either from Hazal herself, or from her legal representative, manager Engin Aykanat, as well as from journalists who are friends with the star, in particular with Ranini. However, they are silent and do not give out extra information, leaving room for the unbridled imagination of the Turkish press, that has once again disgraced.

READ  Hazal Kaya shared a photo with her son