Hazal Kaya: “fans wanted to separate me from Ali” 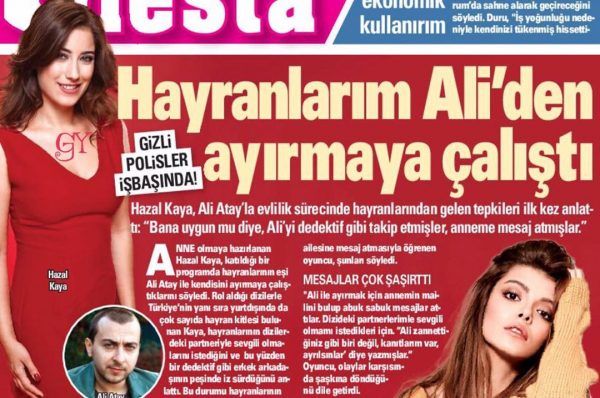 Hazal Kaya told about how some fans literally pursued her, wanting her to be  with her new partner in each new series. They did not make a distinction between real life and the work of the actress.
It got to the point that distraught fans turned into detectives, found the e-mail of her agency, a close friend and even her mother. They began to write messages claiming that they have dirt on Ali. They tried to convince her relatives that he was not the one who pretends to be. And they even claimed that they had evidence.

Of course, as a result, all this turned out to be the fruits of a sick imagination, Hazal did not follow all these “crazy convictions”, got married, was happy and was expecting the birth of a child.

In the same interview Hazal admitted that she watches the series “Forbidden Love” with pleasure and with great interest, although she played in it and seems to know everything that will happen there. But she does not like at all her character Nihal.