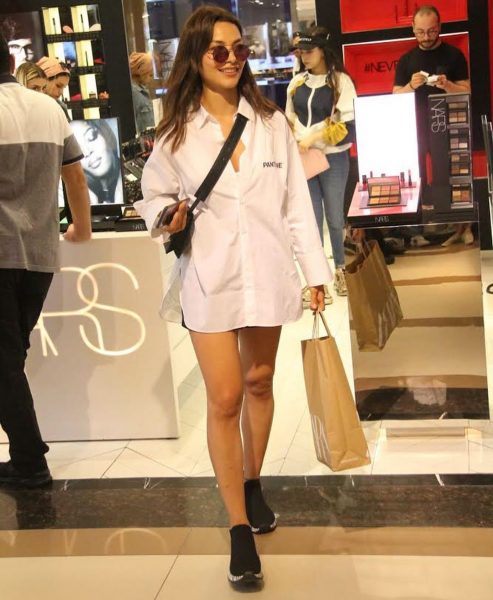 Young star Hazal Filiz Küçükköse was spotted by reporters at the Nişantaşı City shopping center, where she spent some time at a cosmetic store trying different facial creams. Of course, reporters asked a question about the new relationship between the actress and her new sweetheart Alp Güler.

Recall that last week they photographed lovers on the beach in a very intimate setting: the girl did the back of a young man with sunscreen. Hazal admitted that there really is an affair. However, the relationship is completely new, they are just beginning to get to know each other.

Regarding her first husband, whom she divorced last year, the young woman replied shortly that this page of her life is closed and nothing can be done about it, everything is left in the past. When asked if she was going to marry again, Hazal Filiz answered in the affirmative: of course, she thinks about marriage. The main thing is that it is at the right time and with the right person.