The filming the second part of the film Love Loves Accidents / Aşk Tesadüfleri Sever has started, the premiere of the movie is scheduled for January 2020. Cast: Nesrin Cavadzade, Yiğit Kirazcı, Elif Doğan and Aytaç Şaşmaz

Sevda Erginсi is considered to be Serkan Çayoğlu’s partner in the Es Film series “How to call this love”. The series will be released on the channel TRT1

The journalist Ranini hinted that Halit Ergenç is returning with a new project. However, she categorically stated that she had not heard of any progress in the caste of the series Dr. House (Hekimoglu). Looks like Halit has arranged to work in another series. 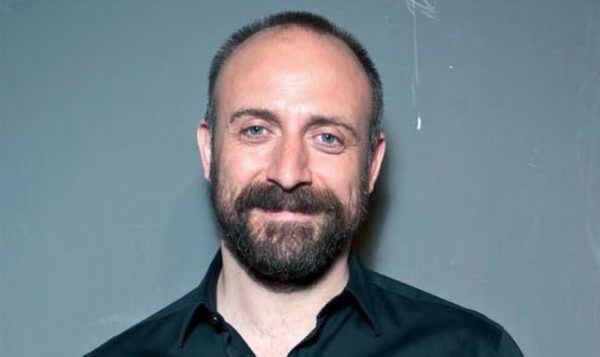 Pelin Karahan, who is returning to the screens of Turkey in the new season, rested on one of the beaches of Bodrum. While the actress was sleeping peacefully, journalists sat in ambush and took pictures. They have a hard work …

Neslihan Atagül and Kadir Doğulu were spotted at The St. Regis Istanbul. At the exit from the institution, Kadir spoke with the press, admitting that he and his wife would soon go on vacation. The press noted the dress Neslihan and wondered if she was pregnant, to which the actress just smiled.

According to the Posta edition, Tuvana Türkay two weeks ago again caught her lover Alper Potuk with treason. This time the actress is not going to forgive infidelity, the relationship is finished. Friends decided to help the girl overcome stress and introduced her to the star of the TV series Yeni Gelin Tolga Mendi. Young people liked each other and have a good time together, although the relationship is just beginning.

İsmail Ege Şaşmaz will also be back in the new season. In this form is clearly not going to the romantic series.

Demet Ozdemir and her funny glasses

According to the viewers of the show, Nobody Knows / Kimse Bilmez the hottest pair of the project is the Pilot (Burak Sedar Şanal) and Duygu (Zeynep Elçin). In social networks, they enjoy the special love of the audience.

Sinan Akçil and Burcu Kiratli – a sweet but noisy couple

The shooting of the series One Oriental Tale / Bir Doğu Masalı will start next week outside Turkey. Rabia Soytürk and Ulvi Kahyaoğlu are in the cast of the series

According to one  blogger, despite the fact that everyone is betting on the ATV channel, which is preparing several major projects (and the fact that the channel is ambitious there is no doubt), Star TV has more serious and serious TV shows. TIMS & B is also preparing for a project that makes a lot of noise.