Resurrection Osman: the envy of Hollywood 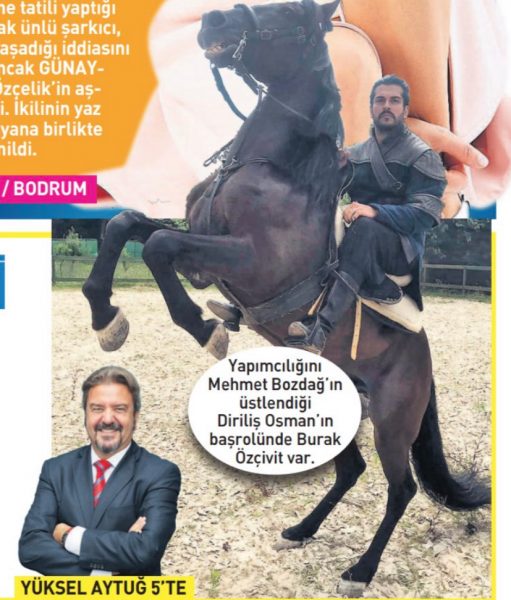 Journalist Yuksel Aitug visited the filming plateau of the ATV television channel and Tekden Film TV company series Resurrection Osman / Diriliş: Osman and was greatly impressed. He was amazed by the size of the set, that is the largest in Europe.

They actually built a real medieval city, with castles, baths, mosques, churches, even hotels. These are not only external decorations behind which there is nothing, but there are also real buildings. They stopped for lunch at a real hotel, as if they were transported back to the days of Osman Gazi.

Hollywood’s producers who have shown wooden frames on the screen for decades can look at and envy: decorations, costumes, accessories, everything is thought out to the smallest detail. 60 teams of carpenters a total of 1,500 people worked over the creation of the props. An artificial lake of 800 meters was even created. It should look like a big river on the screen. Special wigs that were made by masters in Turkmenistan were ordered.

The training of actors on the plateau has been going on for six months. The film crew mastered the martial arts and fights with swords. Everything will be absolutely natural on camera. It is expected that the series will be released in December this year.