Elif is the most popular Turkish series in Spain 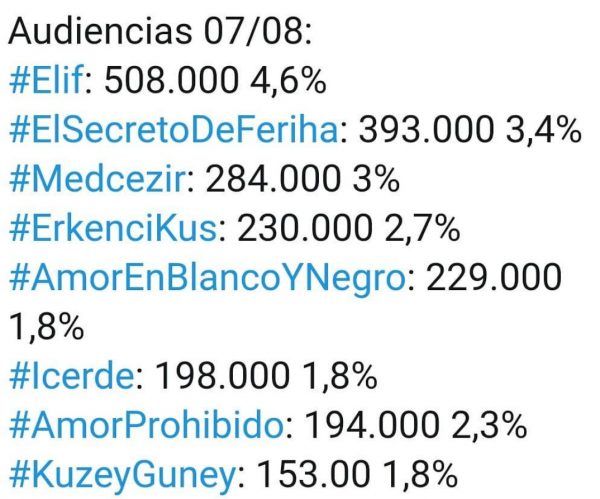 Ratings of Turkish TV shows in Spain continue to be extremely stable. Spanish housewives fell in love with the daily series Elif. It is not a separate phenomenon – the project is going well in all countries of Latin America.

Adini Feriha Koydum continues to keep a stable audience. Note that with four series in Spanish air Çağatay Ulusoy is the most prominent Turkish star in Spain at the moment. But Kıvanç Tatlıtuğ is still unlucky: both of his projects: Forbidden Love and Kuzey Guney are at the bottom of the rating table.