Büşra Develi will plat in a theatrical production based on the play by Lanford Wilson “Burn It.” Hakan Kurtaş will become her partner

Bensu Soral, who, along with her husband, is having vacation in Bozburun, categorically did not want to be photographed on the beach in a swimsuit. The actress waited several hours in the shade until the journalists finally surrendered and left the beach, accompanied by security

According to television 2. Sayfa Cem Yilmaz and Defne Samyeli decided to break up. Defne has already moved out of her former boyfriend’s house 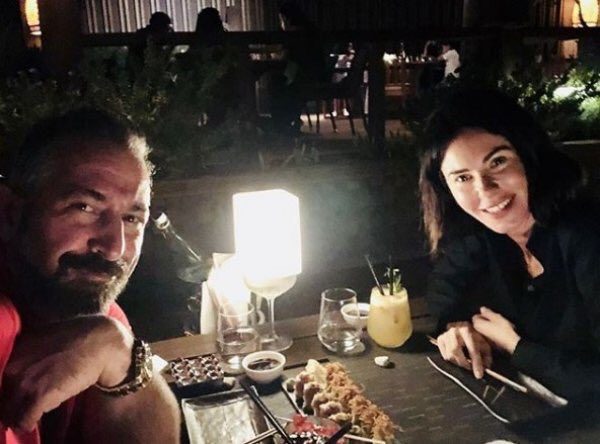 According to Takvim magazine Kıvanç Tatlıtuğ who is a passionate lover of spearfishing, takes lessons from professional diver Mujdat Turan

Hande Erçel refused to compromise with a social media user who compared her face to a cake. The actress’s lawyers demanded for him 3 months and 1 week in prison. Let’s see what Turkish justice decides

Yesterday mother and grandmother of Beren Saat attended the concert of Kenan Doğulu in Ayvalik. Kenan sang a Yosun song that he wrote for Beren and showed them a heart

Yesterday at the concert of Kenan Dogulu in Ayvalik was attended by mother and grandmother Beren Saat. Kenan performed a Yosun song that he wrote specifically for his wife and showed them a heart.

According to informed sources, three world Internet platforms will enter the Turkish market next year: Disney +, Apple Plus and Amazon Prime. Currently, the management of the platforms is negotiating with content producers in two directions. The first is licensing existing content (TV shows and films made in Turkey). The second is the production of new content. Negotiations are also underway with the bigest Turkish stars, who will become the “faces” of the platforms. Surprises are possible

Birсe Akalay, in love and happy, once again confessed her love to her beloved, with whom he recently reconciled

Burcu Özberk enjoys the success of the series Love Show

The producer of the series Ring / Halka posted new/old photo

The famous journalist Ranini said that she did not hear anything about the film, nor about the series of Indian filmmakers starring Hande Erçel

Büşra Develi shared a photo of her boyfriend Cem Aktay. Users of social networks immediately noticed that the eyes of Cem very much resemble the eyes of Burak Deniz – the former boyfriend of Büşra

The lead actor in the series Afili Aşk Çağlar Ertuğrul is looking forward to the fall tv season.

Deniz Durmaz joined the cast of the series Champion / Şampiyon. She will play a character named EyEylülul

Sinan Akçıl and Burcu Kıratlı were spotted at the Vadistanbul shopping center. The couple decided to spend the holidays in Istanbul, after which Sinan will continue his concert tour in Turkey. He didn’t hide the eyes of journalists on the decoration on the neck of Burcu with the words “Akçıl”

In September, Brazil will premiere the series Cesur Ve Güzel