Gold Film’s chief producer Faruk Turgut said he had no plans to repeat the successful pair of Demet Ozdemir and Can Yaman, despite pressure from fans. The company has indeed signed a project with both actors, however, they will not repeat the pair 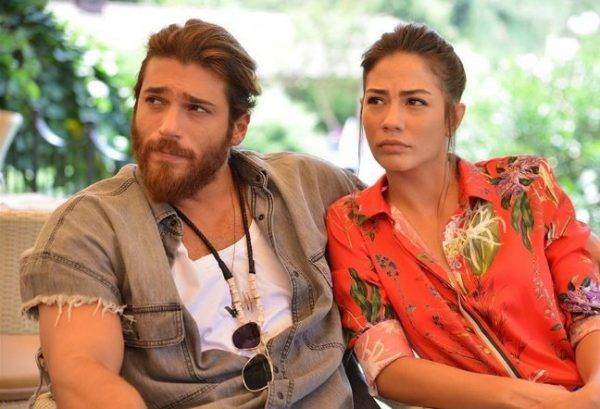 The series Içerde is gradually gaining an audience on the Spanish air. Yesterday, it reached its all-time high, gaining 286 thousand viewers and a 2.9% share. The most popular series of Çağatay Ulusoy in Spanish air is still Adini Feriha Koydum while the series Medcezir has lost much of its position, being on the penultimate place in the ratings of Turkish products in Spain

Dilan Çiçek Deniz has a little joy. After two months of a special diet the actress managed to add 3.5 kilograms. Recall that Dilan is allergic to food, so recently she lost a lot of weight

The Story of a Single Family / Bir Aile Hikayesi

While the network is vigorously discussing whether Hande Erçel will go to Bollywood or not, she enjoys the vacation

Beren Saat with tears in her eyes recalls her friend, photographer and director Aykut Cömert who recently passed away

Erkan Avci who won the special love of the audience after the Cukur series, returns to the screens in the series Champion, where he will play a friend and coach of the protagonist

Burak Yamanturk and Özge Özpirinçci were spotted by journalists in Bodrum

Merve Boluğur with her mother were in the Zorlu shopping center. Merve said she would go with her family to Datca in order to gather strength before the new season. She still reads the scripts, but there is nothing negotiated

Yusuf Çim and his girlfriend Ozge Ozkaplan were spotted at Zorlu Shopping Center. The couple had breakfast there and then made a purchase.

Ugur Ucel, one of the most famous Turkish actors of the older generation, said that he no longer wants to star in TV shows. In the future he will work only in the theater

Burak Özçivit did not disregard the company in support of his wife, which was held yesterday on social networks. The actor admitted that for him Fahriye is beautiful in any form and every day he falls in love with her more and more.

The famous gossip Bilal Ozcan told the whole story that supposedly Can Yaman broke up with Demet Ozdemir because of the girl with whom he flew to Italy. However, as it turned out, the actor went to Italy with his father, and the girl turned out to be just a fan who came up at the airport when Can and his father went abroad

Ali Burak Ceylan opened an bar in the Bebek district. The first guests were Ege Kökenli and Burcu Türünz

Çağatay Ulusoy did the makeup for the role, and what a stir. A star is something special (c) Birsen Altuntas