Demet Ozdemir rejected several job offers on projects that were similar to her role in the Early Bird series. The actress’s dream is to play a new character in the feature film. The only proposal she accepted was shooting in the commercial, which will begin in late August. Her new look will really surprise the audience.

Serenay Sarikaya shares moments that she will not forget

According to Posta magazine Miray Daner, who had been in a relationship with Kubilay Aka for two years, after a painful break with her lover, returned to her parents’ house. However, the girl decided to live independently and is currently looking for an apartment on the European side of Istanbul

Seda Bakan is happy to show her newborn daughter Leyla

Turkish media reported that Engin Altan Düzyatan demanded 200 thousand lira for one episode on the TV series Bullet / Kurşun. In the end, an agreement was reached with the producers – the actor will earn 160 thousand lira per episode.

According to unconfirmed information Pinar Deniz joined the series of Zemheri

Hilal Altinbilek was spotted by journalists in one of the shopping centers. The paparazzi were asked the main question: when did she start dating Kubilay Aka? Could it be when he was in a relationship with Miray Daner?  Hilal replied that there was nothing of the kind, she had nothing to say about this

Hande Doğandemir have fun with friends. It seems that the actress is quite happy with her life.

Interesting poses of Mine Tugay.

A&S Yatırım holding bought back 57% of the shares of TV8 from Acun Ilıcali. As officially announced, the new partnership will mean a reorientation of the channel’s policies. Especially management is interested in the Middle East market. We remind you that in the Middle East, Turkish series are very popular, and the reality shows that prevailed on the channel do not interest viewers of other countries. Perhaps the channel will dramatically increase the number of TV shows on the air.

Oktay Kaynarca, Selçuk Yöntem and Mehmet Aslantuğ have vacation together.

ATV has decided to change broadcast day of the series “Nobody Knows” / Kimse Bilmez on Sunday in the new fall season. However, if the ratings do not satisfy the channel, the series will be canceled in the near future.

New from Hazal Kaya: “I think my son loves peaches” 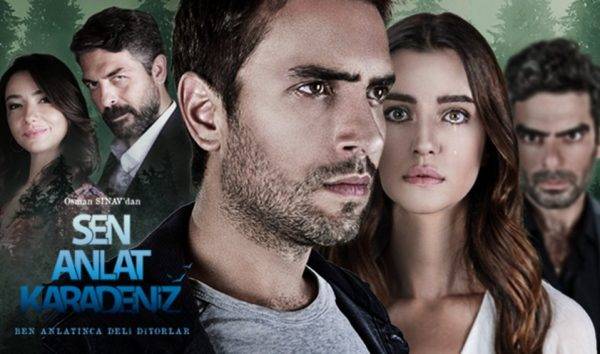 Actor Emre Mutlu answered questions from his followers on Instagram:
– Brother, how many seasons of the Protector do you play? – Two seasons
– What kind of person and what actor is Çağatay Ulusoy? – A very good actor and a very big man
– Brother, when will the next season of the series The Protector come out? – I hope in December
– Brother, when did you have the last scene with Çağatay?” – Yesterday