Hazal Kaya is getting ready to become a mother 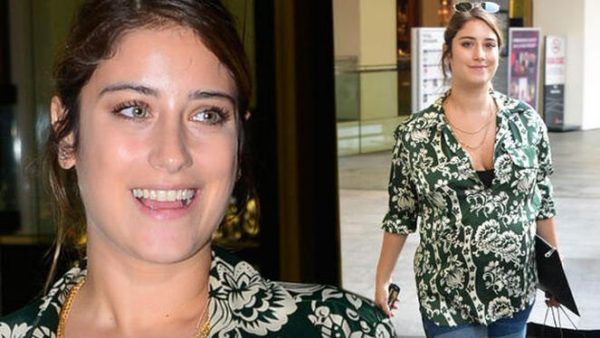 One of the most popular stars of the Turkish screen, Hazal Kaya, who married actor and director Ali Atay on February 6 of this year, is preparing to become a mother, waiting for the birth of her firstborn Fikret Ali.

Hazal did not immediately announce that she was expecting a baby, for fear of giving information in the first months of pregnancy. Apparently, the actress was absolutely right, since now journalists literally follow her on the heels, running around the shopping centers, in which she looks from time to time, buying things for her son.

Hazal conducts an active way of life not hiding from the cameras, she and her husband managed to go to the sea, and now the actress is happy to spend time in the company of close friends, despite the rather annoying attention from the paparazzi.

The couple Kaya-Atay expects the birth of Fikret Ali, in November this year, that is, exactly nine months after the wedding. And this suggests that the wedding did not take place spontaneously, because the bride suddenly got pregnant as is the case in Turkish show business. Hazal and her husband who lived together for five years announced their engagement in the autumn of last year and planned the birth of the baby.

Recall that Hazal in an interview said that her motherhood would not interfere with her future career and that she would continue to work in TV shows. It seems that the young woman clearly understands what she wants from life, and intelligently prioritizes, paying attention to family life, and motherhood, and career. With such the right approach, Hazal’s further steps are likely to be planned in advance. Will she continue to work in Turkish show business or will she have other plans after the birth of Fikret Ali we don’t know for sure. We can only wish the actress good health and easy delivery.