Kıvanç Tatlıtuğ can be imprisoned for 10 years, but Turkish journalists are interested mostly in the fact that he has an income of 30 thousand Turkish lira

Do you know that the star of the series “Love makes you cry” Hafsanur Sancaktutan is a big fan of Çağatay Ulusoy? Moreover, she is quite active, she makes the messages on social networks with a declaration of love for the actor. Her big dream is to play along with Çağatay in the series.

Hande Erçel and Murat Dalkiliç at a friend’s birthday

Tuba Büyüküstün and Umut Evirgen at the wedding of friends

The Turkish media are surprised to report that Bensu Soral has no plans so far to have children. Young woman is too busy withe her career

Today, Turkish viewers are waiting for the return of the series Hercai

The most talked about series in Turkey on Thursday, September 19th is Forbidden Love starring Kıvanç Tatlıtuğ, Beren Saat and Hazal Kaya

Due to poor ratings the series Canevim will now be shown on Mondays at 22:00 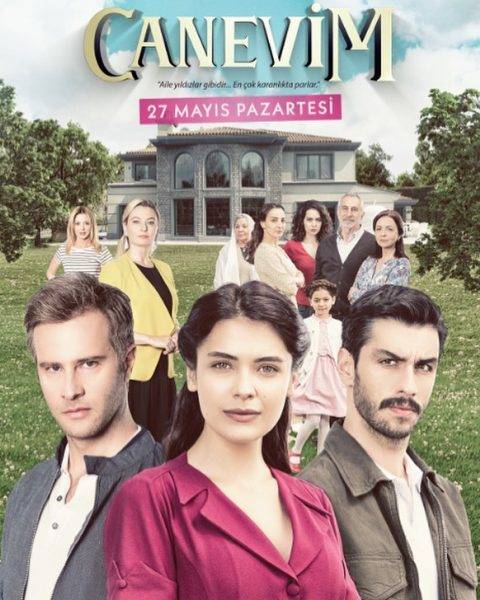 Kıvanç Tatlıtuğ will be busy on the set in February 2020, so the court released him from the obligation to attend the next court hearing in the case of tax evasion. It means that the actor has already signed a contract for work in a film or series

Mehmet Akif Alakurt is not shy about showing off his body

Haluk Bilginer is very good actor with a great theatrical experience. He plays so cool. I can’t do this (c) Joaquin Phoenix

The love of Eda Ece and basketball player Bugrahan Tuncer continues. The young man at every opportunity comes to the shooting of Forbidden Fruit and lovers peacefully dine in a cafe

In Uruguay, the series of Fatih Aksoy Woman / Kadin is a great success. This is the most popular series of Uruguay, which is one of the five best television programs of this country.

Yesterday in court, we finally learned exactly how much top Turkish actors earn. As it turned out, the income of Kıvanç Tatlıtuğ is 30 thousand Turkish lira per month or 5,259 US dollars

Miray Daner is getting prettier and prettier.