Does Duygu Sarışın want to be a real star? 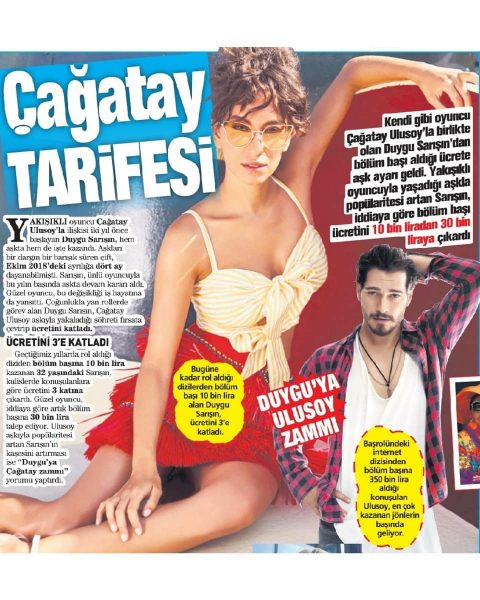 Does Duygu Sarışın want to be a real star?

Tabloid Takvim reports that the popularity of Çağatay Ulusoy who is the highest paid actor in Turkey at the moment (journalists attributed Çağatay a salary of 350 thousand lira per episode), also raised interest in his girlfriend Duygu Sarışın.

The actress, who received 10 thousand lira per episode in her previous series, basks in the glory of Çağatay. She raises her prices three times. Now she demands for the role of 30 thousand Turkish lira. We remind you that while Duygu played only supporting roles, but the salary she asks for is the remuneration of the starlet of the Turkish screen, who plays the leading role. It seems that Duygu not only raised her prices, but also increased requirements: now she wants to be the leading character of the series.

Will she succeed or not time will show. We are closely following the development of events.