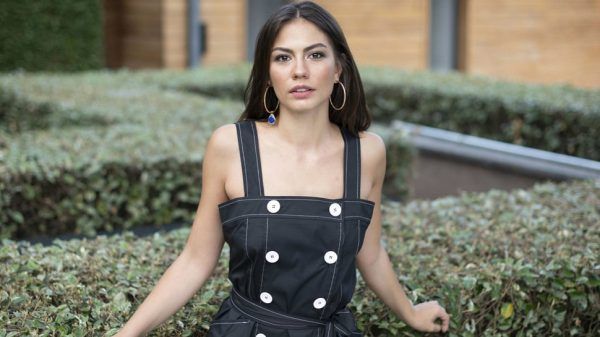 She is young and popular. She is at the top of her career. Gossip around the personal life of Demet Ozdemir is inevitable. However, did the actress find a new love?

The famous gossiper Bilal Ozcan who is well known to fans of Turkish TV shows for his irrepressible imagination this time told his readers that Demet Ozdemir allegedly started an affair with designer Efe Kesgun. Moreover, the journalist made such far-reaching conclusions because Demet started following the designer on Instagram.

The actress decided to immediately get all this sorted out by publishing a refutation. Demet said that she and Efe are friends and nothing more. However, Mr. Bilal did not let up and continued to bother the girl. He said that this news has just appeared, and she has already refuted it. But the news about love with Can, which had been rushing for a year, Demet did not run to refute so quickly. “We live and see everything,” Mr. Ozcan added.

After Bilal hit a wave of indignation of fans of Demet Ozdemir, he closed the comments on Instagram.