Burcu Biricik on the cover of L’Officiel magazine

Çağatay Ulusoy again ran into the store “Everything for fishing” somewhere in Mugla. Vacation continues, but soon to work

TV series Resurrection Osman changed the titles. It will be aired as Foundation: Osman / Kuruluş Osman

Berkay Ates is negotiating with O3 Medya to star in the series Alien / Yabanci, however, an agreement has not yet been reached

Almila Ada joined the cast of the series Dove / Güvercin

The series “The Story of a Family” / Bir Aile Hikayesi makes the final on the 20th episode. The channel made this unexpected decision due to a drop in the project ratings 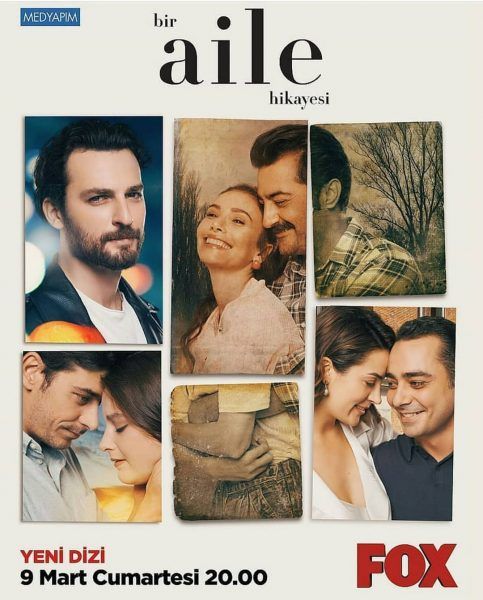 The well-known journalist Ranini said that according to her information Serkan Çayoğlu still has not signed an agreement to work in the new series.

The well-known journalist Ranini once again confirmed that Çağatay Ulusoy has a film and added: “I think I’m answering this question for the thirtieth time”

According to the famous journalist Ranini, either Tuba Büyüküstün’s negotiations are very secret, or they simply don’t exist, but she did not hear anything about the actress’s new series. But she would not mind seeing Tuba in the Ozcan Deniz series, for example

The series King / Kral starring Özcan Deniz that is being prepared by O3 Medya for ATV channel will be based on real events.

New image of Tolga Sarıtaş for the series Ferhat and Shirin

The beautiful half of the cast of the series Bullet / Kursun

Onur Saylak on the cover of Hello magazine

Emel Çölgeçen joined the cast of the series Ferhat and Shirin / Ferhat İle Şirin. According to preliminary information, the shooting of the series will start in the middle of this month.

According to the famous journalist Ranini, the cast of the series My Home / Evim is ready

Pinar Deniz on the cover of Istanbul Life magazine