When will Beren Saat return to Turkish TV shows? 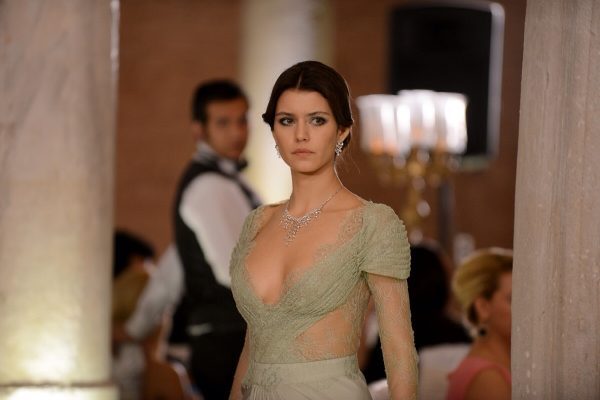 Beren Saat continues to be one of the most beloved and sought-after stars of Turkish show business. But when will the audience again see the actress on the screen?

The new series of Netflix Atiye / The Gift starring Beren Saat is being prepared in the strictest confidence, and we still know little about the plot, except that it is based on the book “Awakening the World” by Şengül Boybaş. Filming takes place in Istanbul, Gebeklitepe, Urfa and Nemrut.

In a new interview with Melisa Şenolsun, who plays the main character’s sister, she was asked a couple of questions about the new series. The actress said she did not want to spoil the surprise of the audience, especially since all the details about the series are carefully hidden, but the project will be different from the others and there will be a lot of mysticism in it. The actress also revealed the name of her character in the series – Cansu.

Of course, the main question that worries the audience is when Beren Saat will return to the screens. According to official information, the first season of Atiye / The Gift will be released on the platform in December, so we expect the first teaser of the project in the coming weeks. As a rule, Netflix renews successful projects, so if the series gets recognition from the international audience as happened earlier with the series The Protector, it will be renewed for the third and possibly fourth seasons. Filming of the new seasons will take place in the spring – summer of next year, so you should not expect the return of Beren Saat in Turkish TV shows before 2021.

READ  Competition of Internet platforms in Turkey is increasing