New series of Can Yaman will be presented in Cannes 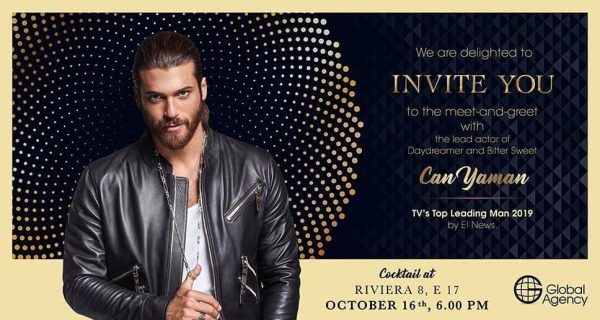 He gained fame after playing in a romantic comedy. However, will Can Yaman continue to work in this genre further? We learned the details of the new series of the actor!

Can Yaman, who gained great fame outside of Turkey due to his work in the series “Early Bird”, continues his international tour. On October 11, the actor will travel to Italy, where he will take part in one of the Italian talk shows, and on November 1 he will fly to Spain to meet fans.

However, the main event that awaits the actor in the very near future is an exhibition of media content in Cannes. At the occasion of MIPCOM 2019 Gold Yapim’s producer will present his new series, Duty of Life / Can borcu starring Can Yaman. The project is being prepared in collaboration with the STAR TV channel.  The plot of the series is not yet known, however, we recall that earlier the actor said that he did not want to play in the “male” series. They go well in Turkey, but they prefer to watch Turkish melodramas and romantic comedies abroad, so he would like to continue working in this particular genre.

The distributor Global Agency will hold a cocktail party in honor of Can Yaman on October 16 at 18:00 in Cannes. During the event, international buyers will be able to better get acquainted with the actor who will play the leading role in the new series and decide on the purchase of the project. We remind you that currently preliminary agreements on the purchase of series at the production stage are very important. Turkish TV channels cannot ensure the long-term presence of series in the broadcast network. They are too dependent on ratings. Therefore, the purchase of a show by foreign customers is very important, it provides stability and confidence.

READ  Can Yaman's criminal case: who is the victim?

Filming of the series will begin upon the return of Can Yaman from the army, that is, in February next year. Who will be the partner of the actor is not yet known, but it will definitely not be Demet Ozdemir. The actress has signed a contract to work in the TV series My Home / Evim, where İbrahim Çelikkol will become her partner.