Did Can Yaman fall in love with a socialite? 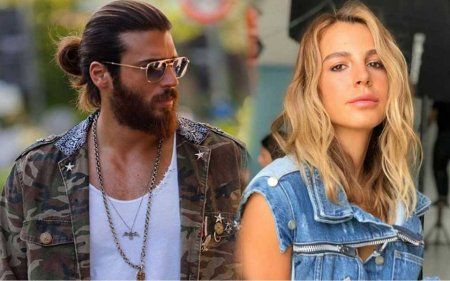 Did Can Yaman fall in love with a socialite?

He is handsome, famous and single. He was credited with an affair with a partner in the series. However, where the heart of Can Yaman lies?

Turkish media this week reported amazing news that Can Yaman began dating socialite Aslışah Alkoçlar who belongs to one of Turkey’s richest families. Recall that another famous actor Engin Altan Düzyatan has already managed to successfully marry one of the representatives of this family, having received a pass to Turkish high society. From now on, the president takes the actor on a state plane, so in addition to his loving wife, he also received very respectable acquaintances.

It is not surprising that the appearance of Can in the company Aslışah in one of the clubs in Istanbul was enthusiastically embraced by all Turkish press. Some even hastened to report a love affair and began to wonder when the wedding would take place. However, the girl herself decided to break the general glee, saying that she and the actor were just friends. They were sitting in a restaurant in a big company, someone took a photo. But there is no romance between them and never was. If there was something, then she would not hide. So far, Aslışah is completely focused on her career and love affair with someone is not included in her plans.

Alas, the new “love” of the actor turned out to be a figment of the imagination of Turkish paparazzi. However, this is not the first case of this kind. The more famous the star, the more ridiculous rumors circulate about him in the Turkish media. This is the fate of all the celebrities in Turkey. But let’s not forget that often the most ridiculous rumors unexpectedly turn out to be true. We will continue to follow the love affairs of Can Yaman.

READ  Will Can Yaman and Demet Ozdemir work together again?