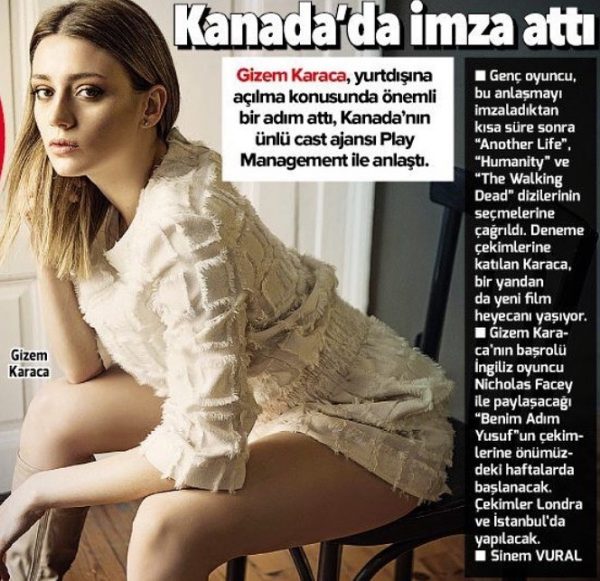 Gizem Karaca has signed an agreement with the Canadian acting agency Play Management that has existed on the market for not more than 10 years.

It was not possible to find out who is among the agency’s clients on their website (only voices for animation and advertising are presented there), but we definitely found out that all the managers there are exclusively female. Gizem hopes that the agency will help her conclude contracts for work in Hollywood, and in the meantime begins to shoot a film in Istanbul called “My Name is Yusuf”.

According to journalists, the actress was invited to the castings of the series Another Life, Humanity and The Walking Dead. Recall that a couple of years ago, she also “was invited to the casting” in the Game of Thrones, but this remained the fantasy of the Turkish press. And an American actor Nicholas Facey who will star with her has only two works in his portfolio, both made in 2019 and both … in small roles in Turkish films.

In any case, we wish success to the actress, and we hope that this is not just PR.