The Spanish press announces the finale of the series “Adini Feriha Koydum” celebrating another success of the Nova TV channel, which was ahead of its competitors

Kerem Bursin in the program “Short meetings with famous people”

The agency of Engin Aykanat is pleased to post screenshots of foreign publications that reported the Çağatay Ulusoy was awarded by GQ Middle East. Among them are Daily Mail, Time Out, Arab Business

According to the new version of the Turkish media, Kıvanç Tatlıtuğ leaves for the USA to treat his pet Mars, who was diagnosed with a brain tumor

Erdal Küçükkömürcü in the role of ambassador, TülinYazgan as Menekse, Gonca Cilasun as mother Halise, as well as Erhan Alpay, Uraz Kaygılaroğlu, Hivda Zizan Alp and Dogukan Polat joined the cast of the series Daughter of the Ambassador / Sefirin Kızı was replenished

Yağmur Tanrısevsin deleted joint photos with Oguzhan Koç in her Instagram account, which caused talk about the couple’s separation. True, Ogukhan still has the photos

In her last interview, Ezgi Eyyuboglu stated that the information circulated in the press about the reasons for her divorce from her husband, Kaan Yydyrym, was untrue. They parted simply because feelings ended, but remained friends.

Filming of the series Daughter of the Ambassador / Sefirin Kızı begins in Mugla on October 25. At the same time, Engin Akurek and Neslikhan Atagül will go to Montenegro, where the shooting of the first series will take place

Behind the scenes of the series Child

Behind the scenes of the series Child

The sisters Hande and Bensu Soral

Ceyda Ateş was spotted in the Nisantasi with her husband. She admitted that she was very pleased to receive a response from the audience, who warmly received her heroine Sule in the series Child

Damla Sonmez on the cover of Istanbul +

When asked about the relationship between her and Kubilay Aka Bade İşçil laughed and said that she certainly loved the boy, but only as a friend. They met and drank a cup of coffee as colleagues, that’s all.

Today, Engin Akyürek, one of the biggest, but very modest stars of the Turkish screen, celebrates his 38th birthday

Promo photo of the series Azize

Duygu Sarışın joined the cast of the TV series Azize

Deniz Baysal with her husband at Fashion Week

Melisa Asli Pamuk said that in the new film she will play a police officer. Filming will begin next week. To the question whether she was going to marry Oguzhan Ozyakup, the actress did not answer.

Esra Bilgiç on the set of the series Rameau

Yesterday in Spain the last episode of the series “Adini Feriha Koydum.” was broadcast. The Spaniards did not spoil the mood and showed a happy Latin American ending 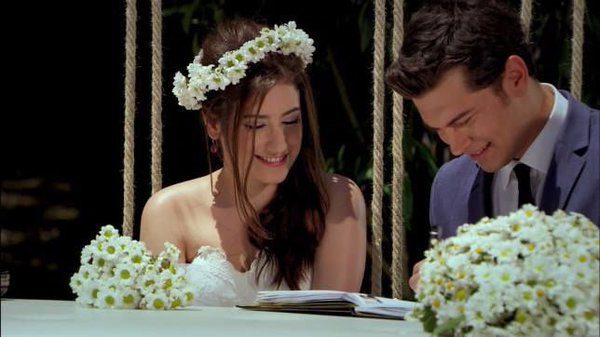 Arrival of Can Yaman in Rome

Engin Aykanat, who is in London, visited the Original Talent office today. This group, which includes leading UK agencies under the auspices of the BBC, is dedicated to talent support and project development. For what purpose the agent of Çağatay Ulusoy, Hazal Kaya and Engin Öztürk, looked at his colleagues is not yet known.

Hazar Ergüçlü will meet with spectators at the Mithat Alam cinema center on October 17 at 18:00. The meeting will be moderated by Defender Umut Aral, who promised several spoilers for the new season