Demet Ozdemir and İbrahim Çelikkol in the series “My Home” 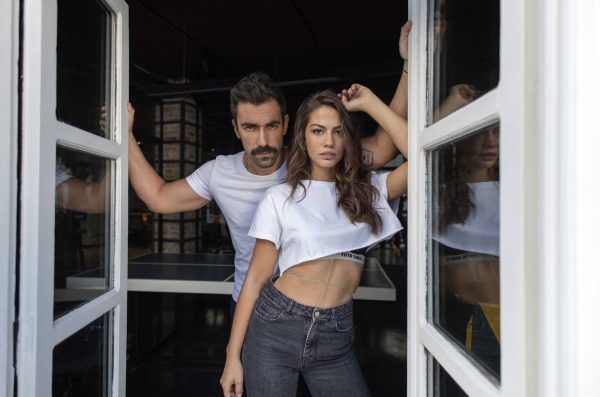 The audience fell in love with Demet Ozdemir as an actress of light romantic comedies. However, her new role will be dramatic. Who became the partner of the actress in the new series?

The company OGM Pictures and the channel TV8 announced the launch of a new series My Home / Evim starring Demet Ozdemir and İbrahim Çelikkol. The script is based on the novel by the famous writer Gülseren Budayıcıoğlu “Girl behind the Glass” / Camdaki Kız inspired by a real story.

TV producer Onur Güvenatam made an unprecedented decision to split the book into two separate shows. The script for the first series for TV8 is written by the famous screenwriter Eylem Canpolat, who previously worked on such series as Sila, Karaday, Dirty Money and Love. The director of the show is Çağrı Bayrak who has already worked with the leading actress Demet Ozdemir in the series “The Early Bird”.

This is the story of a young man Mehdi who grew up in the slums and the girl Zeynep, who lived all her life in luxury, but this did not make her happy, rather the opposite. This is a story about how childhood and youth shape the character of a person. You belong to your home, the place where you come from. There will be love, betrayal, a psychiatric clinic, a luxurious life and poverty in the series. Will the Turkish viewer accept the “queen of the romkoms” in the new role of the tragic heroine, we will know very soon. The premiere of the series is scheduled for early 2020 on TV8.

Many users of social networks are already fascinated by the new couple and write that the time of Can Yaman is over. An excellent duet is on the way and it will conquer everyone in the new season. Will they be right time will tell.