Demet Ozdemir wants to work with Can Yaman again 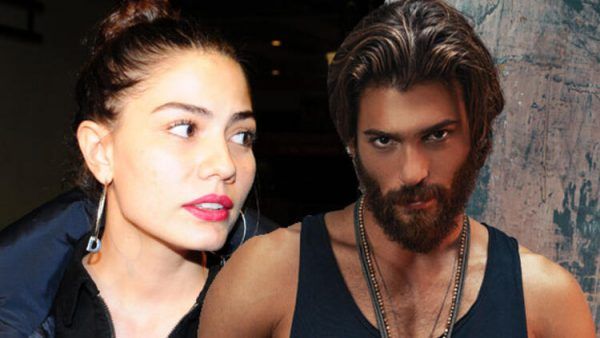 Fans are so fond of the couple Demet Ozdemir and Can Yaman from the TV series The Daydreamer / Erkençi Kus that they claim the producers to repeat their favorite duet. But what does the lead actress think of such a possibility?

Demet Ozdemir, who the journalists spotted after the play “My Love Past,” gave a short interview. The actress admitted in it that she misses the previous shows, because each of them has its fans. And The Daydreamer / Erkençi Kus was a special for her. She is very happy for Can Yaman, who has gained an incredible fan base after the success of the series. This project brought good luck to everyone who worked on it. For the actress, such recognition is very flattering. But she could not get abroad, therefore, she estimates the reaction of fans to the project only from the experience of Can.

Demet proudly looks on the success of her partner outside of Turkey. Each actor has the show in his career that is turning point for him. For Can, it was The Daydreamer / Erkençi Kus. They put a lot of effort into the project, which paid off.

When asked if she would like to work with Can Yaman again, Demet admitted that it does not depend on her. Only producers decide such things. But she really wants to be with Can again on the set. There was never anything negative between them. They were very tired on the set, but became one big family. They lived both good and bad moments together, they were sad and laughed on the set. When the shooting was over, it was very sad.

At the same time, Demet is optimistic about the future and is trying to quickly adapt to new story. She seeks to develop, but does not forget about The Daydreamer / Erkençi Kus that will remain a special and important work for everyone who participated in the creation of the series.

Recall that the shooting of the new series of Demet Ozdemir My Home / Evim will start in mid-November, and the show will appear on screens in mid-December. We wish Demet success in her new endeavor, and we will follow the development of events.