Şükrü Özyıldız whom reporters noticed in one of the shopping centers in Istanbul, said that he already has a new project, but until the agreement was formally announced, it would be premature. He also wished good luck to Gökçe Bahadir in her new musical.

The series 1001 nights continues to be the leader of Turkish projects in Spain. Forbidden love in the second season significantly added to the audience, the series Elif is gradually slipping lower and lower. Love for rent and Do not let go of my hand do not cause much enthusiasm among the Spanish audience

Turkish gossipers with considerable enthusiasm report that Cem Yilmaz spent 96 hours in Serenay Sarikaya’s apartment. The ladies are confident in the accuracy of their information and believe that Cem cheated on his former lover Defne Samyeli, after which they broke up

Aybuke Pusat decided to walk around the mall

Reporters continue to vigorously discuss the alleged romance of Jem Yilmaz and Serenai Sarykaya. The parties continue to remain silent and this alarms the press. Yesterday, the actress was caught in the Etiler region. She was so surprised at the appearance of journalists that she mixed up the address and went to the men’s hairdresser

The Turkish press reports that Çağatay Ulusoy is in London with his manager in preparation for the future film, of which he is the director and screenwriter 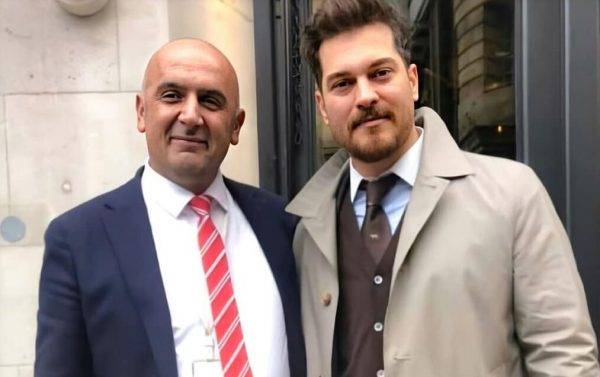 Ozan Güven as a real actor for the role will do anything. For example, shave bald

İbrahim Çelikkol with a pregnant wife

Alina Boz on the cover of InStyle magazine

Mert Firat and Idil Firat at the Antalya Film Festival

Hazal Kaya does not think to stay at home awaiting delivery. Not yet tomorrow

Ercan Kesal spoke with malice about the words of the Turkish Minister of Internal Affairs, who was very concerned about the increase in crime in the Çukur series: “So, all other issues in our country have already been resolved, only one problem remains – Çukur and the number of people killed in it”