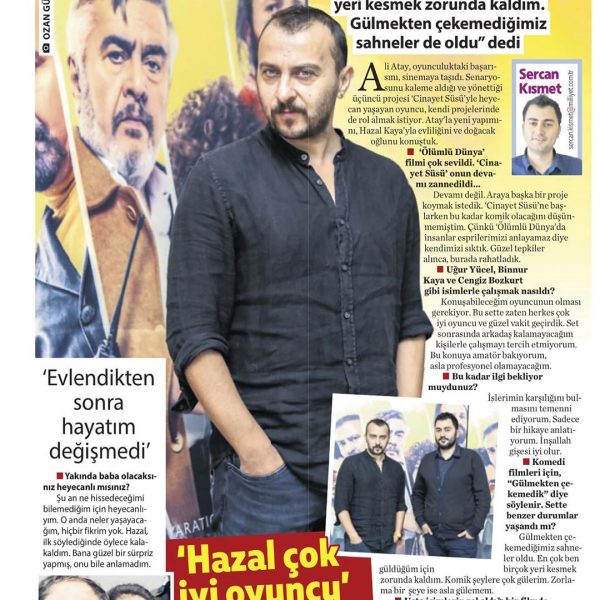 In a recent interview to Milliyet publication Ali Atay admitted that he considers it a great chance that his wife is an actress. If something does not work out for him in the role or script, Hazal always comes to the rescue, he himself also often helps her with the role.

Ali considers his wife a wonderful actress who can express all nuances of feelings. But so far they have no concrete plans to make a movie together. When Hazal first informed him that she was pregnant, Ali simply was dumbfounded, could not believe his happiness. It is difficult for him to imagine what kind of father he will be; he is very worried. In the meantime, Hazal sits in front of the TV and watches TV shows, while he cooks in the kitchen or does other things. It seems that Ali is a very strong and confident man who is not afraid to confess his love for his wife and is happy to find his perfect mate.