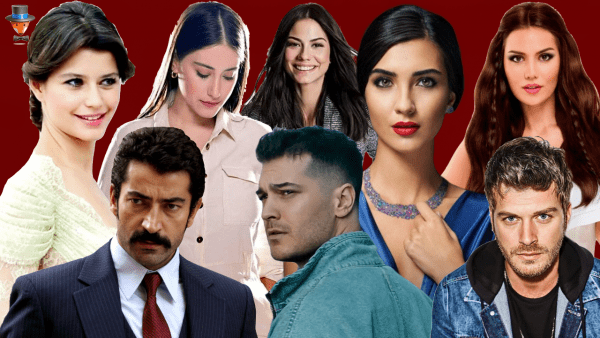 Favorite actors are back on TV! Which Turkish stars will we see on our screens in the 2021/2022 main television season? It looks like the audience will have unexpected and very pleasant surprises.

Recently, fans of Turkish TV series began to seriously fear the mass exodus of Turkish stars from television channels. However, not all is lost for Turkish television. According to the famous journalist Ranini, in the next television season we are waiting for a return to the screens of A-Class actors, who for a long time did not appear on free television. Who are we talking about?

Stars whose return is quite possible:

Çağatay Ulusoy. The fact that the script for a television series is being written for the actor has been known for a long time, so his return will not be a surprise. However, due to the big workload of the star (now he is starring in the series Yeşilçam, then work on the Netflix film is to be done), his return may take place either in the winter or even in the spring of next year. Let’s not forget that Çağatay is also set to star in a series for the Amazon Prime in 2022, so fans will have to be patient.

Beren Saat. On June 17, viewers will see the last season of the series Atiye / The Gift, after which the actress’s contract with the digital platform Netflix can be considered fulfilled. It is quite possible that she will want to work on television. In any case, such hints have been sounded more than once. In the meantime, together with her husband Kenan Dogulu, she is recording an English-language album.

Fahriye Evcen. The actress voiced her desire to return to the screen and held talks with the producers. So far no agreement has been reached, but if Fahriye is determined to return, sooner or later a suitable project will appear.

Kenan İmirzalıoğlu. There have been rumors on Turkish social networks for a long time that Kenan either joined the cast of the Valley of the Wolves series, or will star in the Lone Wolf series, or in the new action project of Ay Yapim. So far, one thing is clear – the star is returning, and it is on television. Also in 2022, he will work in the Blu TV series Alef.

Demet Ozdemir. The actress recently announced that she is reading scripts for 3 TV shows and would like to return to the screens in a drama. It all depends on whether she likes the proposed scenarios.

Stars whose return is possible, but unlikely:

Halit Ergenç. Just recently, the actor completed his work in the Choice / Babil series, so it is unlikely that he is long absent from the screens. Besides, his wife Berguzar Korel is expecting a third baby and now Halit is not in the mood for television.

Kıvanç Tatlıtuğ. Kıvanç has signed a contract to work on the Netflix series and film, so his return this season looks rather problematic, although the likelihood remains.

Tuba Büyüküstün. The actress, who has just become the face of the Dior brand in Turkey, will soon start filming on Netflix and is unlikely to return this season.

Hazal Kaya. The actress has a pretty busy schedule, despite the fact that she recently became a mother. Having completed the film, Hazal is now filming the Netflix series Midnight at the Pera Palace. Perhaps in winter or next spring we will see her on television.

It seems that a lot of the plans of the Turkish stars continue to depend on a good scenario. If there is a project that the actors cannot refuse, we will see them again on the television screens. It’s even better when the script is written for a specific actor.