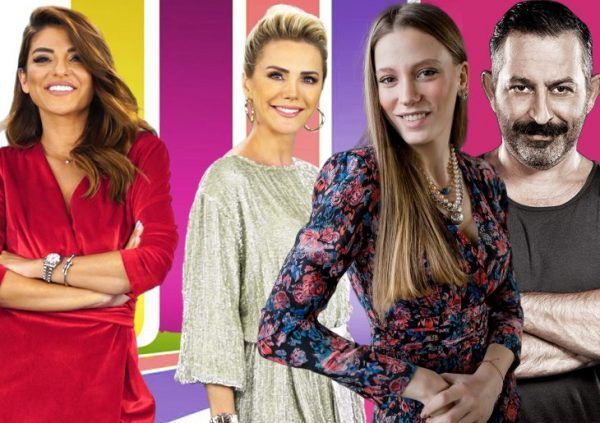 Recently, the name of Serenay Sarikaya constantly appears in scandal news. It seems that breakup with Kerem Bursin made her object of close attention from the paparazzi. Who this time became the alleged boyfriend of a star?

Last week, Turkish media gave the news about the breakup of the famous comedian and director Cem Yılmaz and his sweetheart Defne Samyeli. Moreover, as the leading news programs assured, Serenay Sarikaya became the reason for the  separation. According to the program 2. Sayfa friendship developed between Cem and Serenay, that caused a crisis of jealousy in the couple, that put an end to their relationship.

Neither Serenay nor Cem refused to answer all questions about the alleged affair that created even more speculation from the press. Journalists pointed out that usually actors quickly deny gossip and if they are silent, then something is really happening. Söylemezsem Olmaz program hosts told their audience that Cem Yılmaz spent 96 hours in Serenay Sarikaya’s apartment. The ladies were completely sure of the accuracy of their information. They said that the Serenay’s neighbors informed them. Reporters staged a real hunt for the actress, who was trying to hide her face when she went outside, but she didn’t succeed.

Today it became known that the lawyer of Serenay Sarikaya sued the hosts of the program, accusing them of defamation. The lawyer of the actress claims that she has nothing to do with the breakup of Cem Yilmaz and Defne Samyeli. Recall that earlier Serenay also filed a lawsuit against the Turkish media, which reported that she had an affair with a very rich man, but how it ended was not yet known. In turn, Cem Yılmaz also denied information from Turkish media about the alleged affair.

It is rather difficult to predict how the lawsuits of the actress against the program hosts will end. As a rule, Turkish justice takes the side of journalists, protecting freedom of speech.