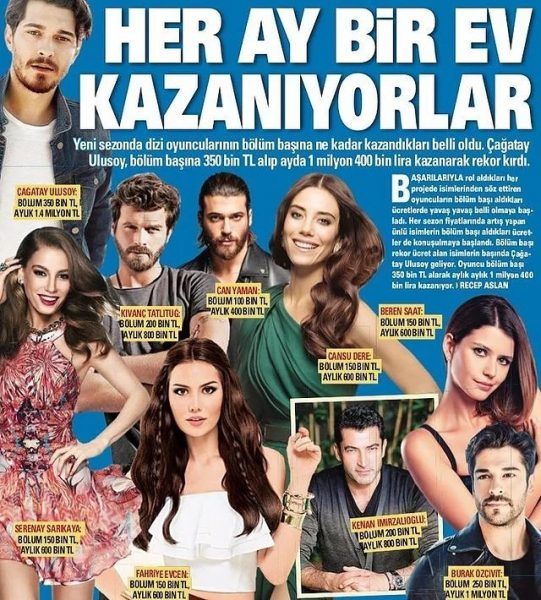 The beginning of the autumn-winter television season gives Turkish viewers new series and Turkish actors a new job. Of course, the hottest question for the Turkish press is finding out the salaries of the superstars. So who is the most expensive Turkish star right now?

Although the actors modestly claim that they earn little, journalists are confident of the opposite, announcing numbers that surprise ordinary people. Note that from time to time, the ongoing litigation, in which the real figures of the stars’ earnings are announced, prove that the journalists are right. The numbers they report, and the numbers announced in the courts, are of about the same order, with slight fluctuations.

According to the journalist, this season, Çağatay Ulusoy again became the record holder. For his work in the new series, the actor will earn 350 thousand Turkish lira, or 1 million 400 thousand lira per month. That is, every month he earns a new house, being the highest paid actor in Turkey. True, it is not yet known whether this project will be on the platform or on television.