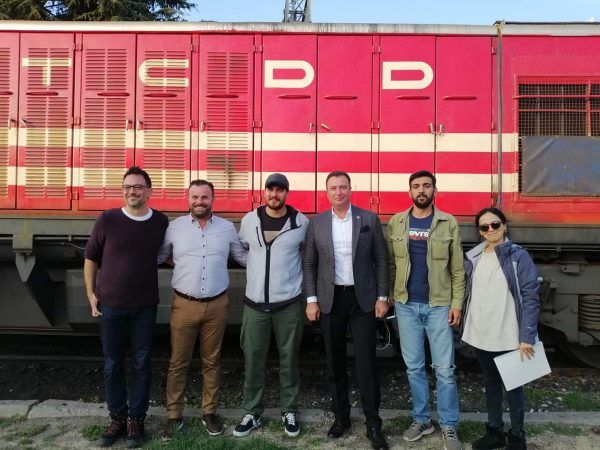 He is one of the biggest Turkish stars. He is the face of the Netflix in Turkey. But Çağatay Ulusoy does not intend to stop there. We became aware of the details of his new work.

Çağatay Ulusoy won the Best Model of Turkey contest in 2010, and on the same night received an invitation to star in a series that changed his life. After the first successful show “The girl named Feriha”, the actor went from success to success for 9 years, making one of the most successful acting careers in Turkey. After signing a contract with an international digital platform, he became the first Turkish actor to officially be the face of Netflix.

The international success of his series The Protector has allowed Çağatay to take the next step in his career. For three years, in collaboration with Tolga Aydin, he wrote a script that he was going to put on the big screen. The title of the movie is already known: Free Goldfinch / Azadlık Saka. The story will take place in a small town.

Earlier, during his stay in the US, the actor had already made a small documentary about the life of the homeless in Los Angeles, which was called “Home”, but he did not show it to the audience.

Currently, Çağatay Ulusoy is looking for suitable locations for filming in the small town Kırklareli, where he has already met with the casting agency and the mayor of the city. One of the roles in the film will be played by Nebil Sayın, with whom Çağatay worked in the TV series “Insider” / Içerde.

Is it curious that at the same time a series of production by O3 Medya, which produced the latest project of Çağatay “The Protector” will be filmed in the same town. But information about whether the actor will act in it or is it a completely different project for another star, has not yet been known. Filming of the series will begin on December 10, so that the details will be known to us in the very near future.

When the shooting of the film begins is not yet known. The preliminary announced date is November 18, but according to the latest information, it can be delayed for 2-3 months. The film will be released in 2020. Will it become popular and will Çağatay Ulusoy win the hearts of the audience as a director, time will tell.