Controversy on Can Yaman’s birthday 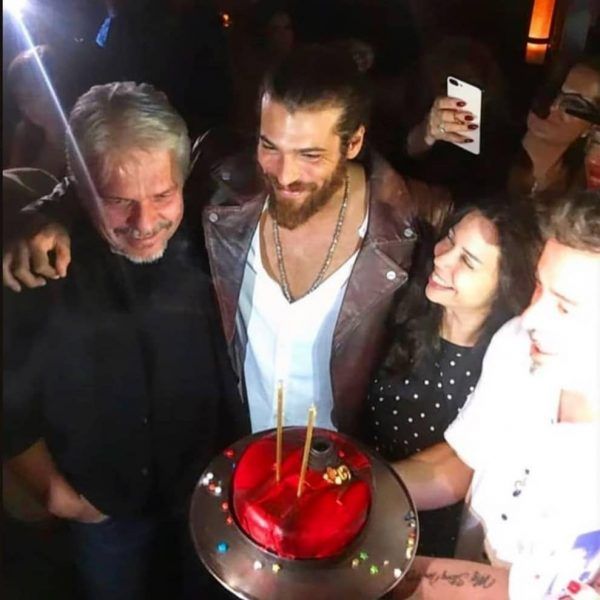 Can Yaman is one of those stars of the Turkish screen who always finds himself in the center of controversy. This time the scandal occurred right on the actor’s birthday. What happened?

On November 8, Can Yaman cheerfully celebrated his 30th birthday with friends and family. Note that despite the divorce, Can’s parents maintained a wonderful relationship and gave their child the love that any person needs. It seems that it is this fact that gives the actor the necessary optimism, allowing him to achieve much in his profession.

He needs this optimism because even on his birthday there were people who caused him troubles. Can’s tweet that he left the next day was: “Thanks to everyone who sincerely congratulated me on my birthday. And to everyone who did not.” Some media have immediately decided that the actor mentioned his former partner Demet Ozdemir, who did not publicly congratulate Can. However, in fact, he meant completely different persons.

Recently, in the program Gel Konuşalim there was information that Can had signed a contract with the Israeli perfumery brand, becoming the company’s advertising face. The amount of the contract is 8.6 million Turkish lira or 1.5 million US dollars. Can himself confirmed this information by talking to reporters a bit after celebrating his birthday.

Many Turkish social media users were very hostile to this information. Note that in Turkey, Can always had not only fans, but also people who did not like him, believing that he had undeservedly received such attention from the media, because “The Daydreamer” / Erkençi Kus was quite average in Turkey and did not become a big hit. And here is a new reason for controversy – a contract with the Israelis. Some immediately began to write to Can that he had betrayed his people, and negative comments were made on the actor’s birthday.

It remains only to wish him the fortitude, which he will surely need. How the Turkish audience will behave after the contract is not entirely clear. Will Can Yaman jeopardize his new series Life Duty, which will begin filming next February?