Can Yaman in the new series 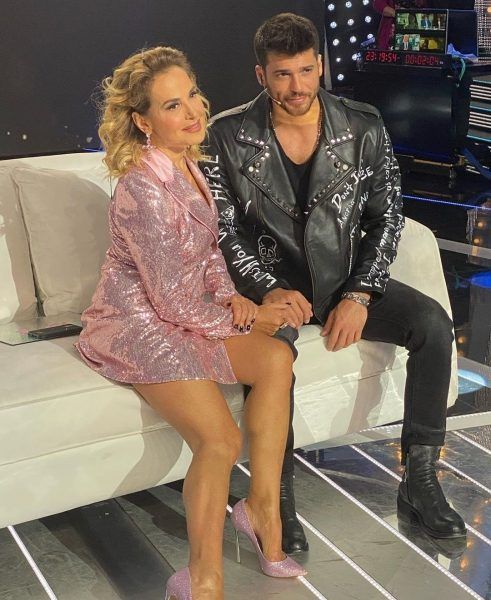 Can Yaman in the new series

After months of disturbance and anxious expectation, fans of Can Yaman finally got some good news. Their favorite actor returns in a new series from the creator of “The Daydreamer” / Erkençi Kus!

In the last few months, Can Yaman’s career has been seriously jeopardized after several careless interviews that the actor had the misfortune to give. Sometimes one bad word to the Turkish press means an opportunity to attack the person who said it and dismiss him. That is exactly what happened to the actor. As a result, his show was cancelled.

Can Yaman joined the army and came back to confess that he had understood his mistakes and was determined not to repeat them. The actor no longer appears in public and his interviews have become much more restrained. Can’s new PR agents seem to know their work very well. On Sunday,  February 23, he gave an interview to the Italian channel Canale5. Unfortunately, Can’s fans were unable to attend the interview because of the quarantine in Italy.

However, apart from this problem, the actor had no other difficulties. The interview turned out to be quite neutral, and the Turkish media could not find even the slightest mistake. Can spoke about his love for Italy, about his new image, about his parents, and about the fact that what matters to him is not the beauty of his future wife, but her personality.

Another good news for fans came on Monday. According to official information, the producer of the series The Daydreamer / Erkençi Kus Faruk Turgut decided to work again with Can Yaman. It is he who will be the leading actor of the new series Mr Lie / Bay Yanlış. The scriptwriter is Asli Zengin who made the romantic comedies Strawberry Smell, Number 309 and the Daydreamer.

The actor is also preparing to make a deal to advertise one famous clothing brand for a very substantial amount. And for participation in the program of the Italian TV channel the actor received a reward of 54 thousand euros. It seems that Can Yaman’s career is looking up.

Who’s going to be the leading lady of his new series? When is it going to air? Will it be popular? We’ll have to find out about all this with the actors’ fans.