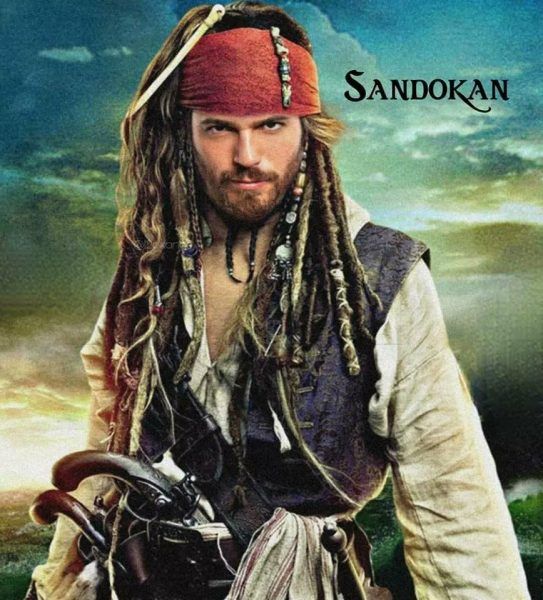 Traditionally, the Turkish media are interested in two subjects: the personal life of the actors and how much they earn. Especially when it comes to international contracts of Turkish stars. So how much will the favorite of Turkish paparazzi Can Yaman earn for his contract with Italian producers?

As Turkish serials conquer the world, many actors are gaining more and more recognition outside of Turkey. One of them is Can Yaman, familiar to viewers from the TV series The Daydreamer, which aroused great interest in Italy. Not surprisingly, Italian producers took an interest in the actor, offering him a role in the pirate adventure series Sandokan.

According to the Turkish tabloid Posta, Can Yaman will earn 100 thousand euros per episode in the Italian project. In total, there are 8 episodes of the TV show, the filming of which will start in the summer or fall of 2021. The series will be released in 2022.

Thus, Can Yaman will become the second highest paid Turkish actor after Çağatay Ulusoy, who signed a contract with Netflix in 2018 for 110 thousand euros per episode (note that it was this year that the Turkish lira was depreciated).

Unfortunately, the Posta edition is not known for its truthfulness, so how much information corresponds to reality we cannot know. We hope that the real salary of the actor really corresponds to the declared in the Turkish press, as well as that the story of Sandokan will not be limited to one season and Can will continue his fruitful cooperation with Italian filmmakers.