Rating of Turkish Netflix TV shows in IMDB for February 24, 2020

This week’s IMDB rating was pretty predictable. Two Turkish Netflix novelties, that were released as Netflix Originals, aroused a rather restrained interest in a world that quickly declined.

At the same time, the series Hakan Muhafiz / The Protector remains very stable. This week, the project lost only 42 points among all television shows in the database, but added 60 points among all world film production registered in IMDB.

Rise of Empires: Ottoman lost 110 points among television shows, finding itself in 215 position exactly one month after its release on the platform. The project lost 217 points among all world film production. Whether the project will be able to stay on top in a couple of weeks after the release of the third season of Hakan Muhafiz / The Protector is a big question.

The series Atiye / The Gift, that was released on the platform two months ago, was in the last position, losing both to its young competitor and Hakan Muhafiz / The Protector, released a year ago. It seems that, unlike the Turkish audience, the world viewer reacted coolly to this project.

The ratings for February 24 in the IMDB database are as follows:

We remind you that the rating in the database is calculated based on the preferences of 250 million regular users of IMDB and is a very serious indicator for producers. 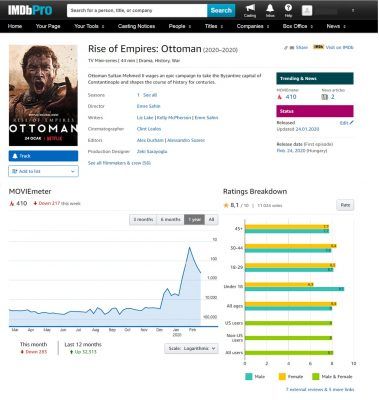 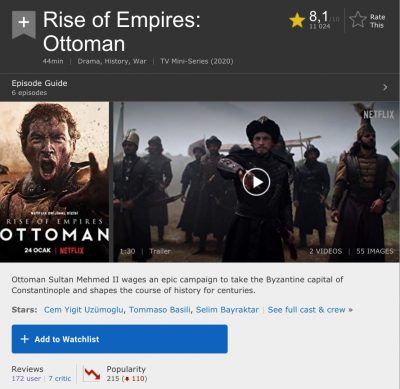 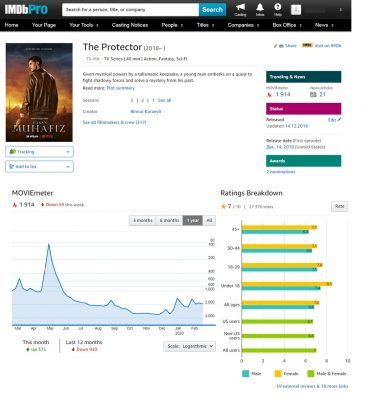 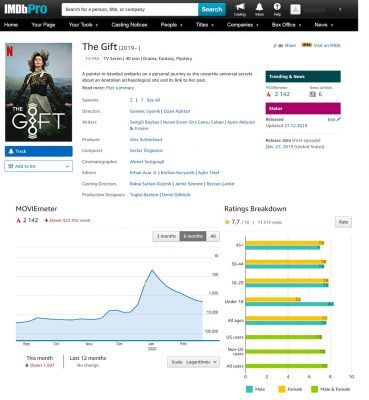